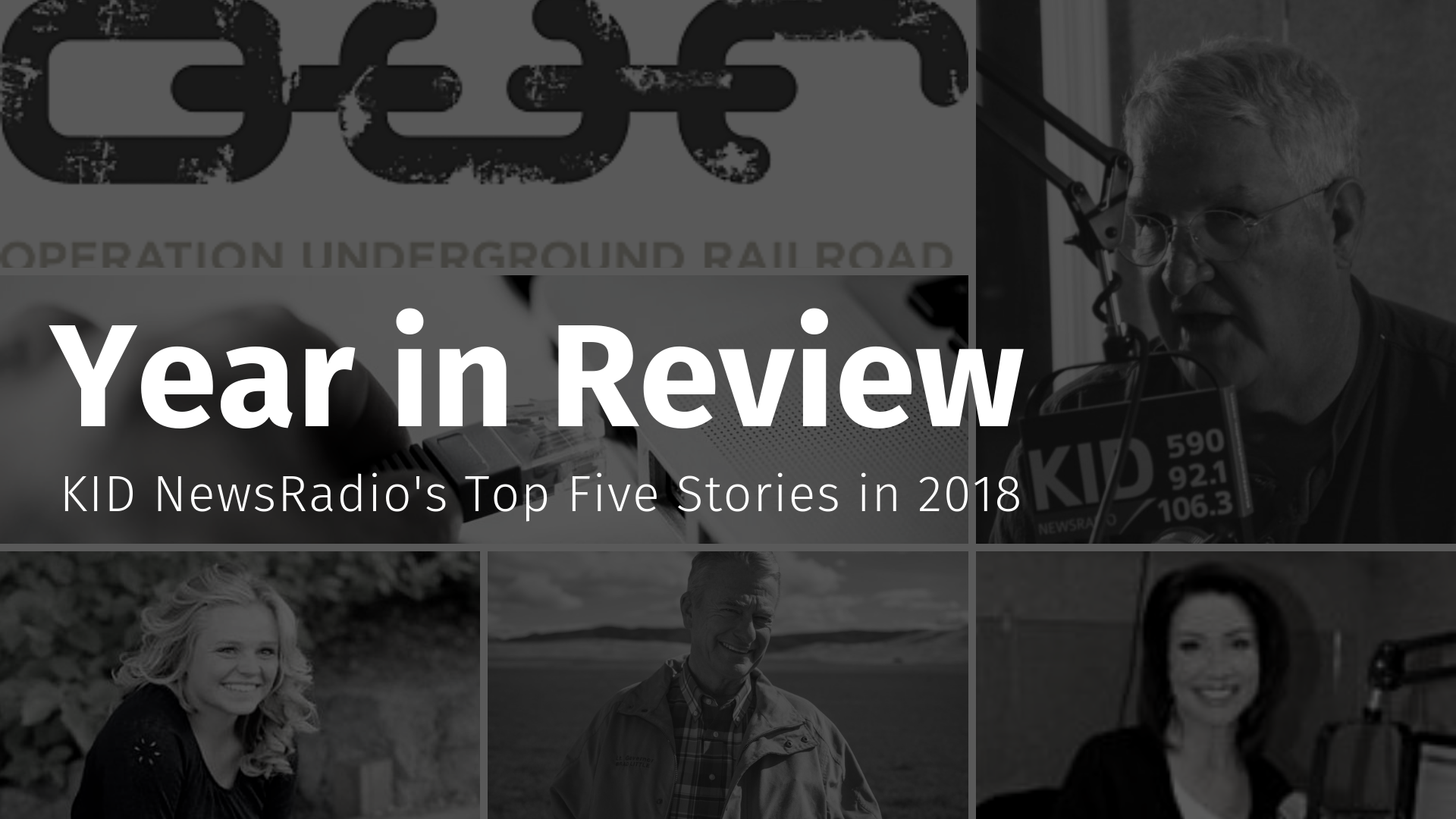 IDAHO FALLS, Idaho — As 2018 comes to a close, KID NewsRadio is looking back on the top stories of the year. Here are the stories are listeners read the most during 2018.

5. Father of missing Idaho teenager says son “is still out there”

In mid-January, 16-year-old Jed Hall of Idaho Falls disappeared. KID NewsRadio talked with his father Allen Hall six months after his son’s disappearance to get the latest updates on the search for Jed.

INTERVIEW: Father of missing Idaho teenager says son “is still out there”

http://www.richbroadcasting.com/kidpodcast/NLS/KIDAllenHall07162018.mp3 IDAHO FALLS, Idaho – It was a cold day in January when 16-year-old Jed Hall disappeared from his Idaho Falls home. Five months later, authorities are still looking for the east Idaho teen. Early theories pointed to the teen potentially pulling a stunt seen in a popular TV show, “Hunted,” where contestants disappear for 28 days and receive a $250,000 prize for avoiding capture.

4. CenturyLink identifies cause of nationwide outage

CenturyLink customers across the nation experienced a major internet service disruption at the end of December Individuals, state governments, major businesses and organizations and some emergency services found themselves unable to operate. By Thursday, December 27, the company said they’d discovered the cause of the outage and were working to restore services.

IDAHO FALLS, Idaho – After an outage disrupted internet service for customers across the nation, CenturyLink says they’ve identified the cause and should be restoring service soon. “CenturyLink engineers and technicians have identified a network element that was impacting customer services,” according to a tweet from the company.

In November 2017, Julie Mason joined the KID NewsRadio team as Neal Larson’s new cohost. Since then, listeners have been getting to know Julie Mason on-air and even during behind-the-scenes Facebook LIVE episodes.

IDAHO FALLS – If you listen regularly to KID NewsRadio during the mornings, you’ve probably heard a new voice. Julie Mason was hired by the company as a news producer and co-host last month. Despite having no prior radio experience, Mason has been welcomed warmly by listeners.

When Olivia Johnson, daughter of Shelley Police Officer Jake Johnson, passed away in a tragic car accident in mid-June the little community and cities across the region rallied together, even raising over $20,000 for the family to pay for funeral expenses.

SHELLEY, Idaho – The Shelley community is grieving once more after the sudden death of a local teen in car accident on Thursday, June 14. “Olivia Johnson, daughter to Jake and Traci Johnson, and big sister to Ryker Johnson passed away June 14, 2018 in a car accident in Shelley, Idaho,” according to a GoFundMe page in Olivia’s honor.

During March 2018, KID NewsRadio launched it’s first “Conversation Series,” and worked to educate east Idahoans about human sex trafficking and how communities and individuals could disrupt the industry in the region. Operation Underground Railroad founder Tim Ballard spoke with KID NewsRadio’s Sydney Jensen about his message to east Idahoans and why it’s important people talk about an industry that thrives in the shadows.

“Talk with your kids,” Tim Ballard, founder and CEO of Operation Underground Railroad told KID Newrsradio. “You’ve got to get over the awkwardness. You’ve got to be able to talk to your kids about everything, everything! Nothing is off the table. The threats, the temptations, you’ve got to talk about it.”

Leaders of the Church of Jesus Christ of Latter-day Saints rededicated the Idaho Falls LDS Temple Sunday, June 4. President Henry B. Eyring presided over the dedication with Elder Ronald A. Rasband of the Quorum […]

IDAHO FALLS, Idaho — Two faith leaders in the LDS and Evangelical communities hosted a religious discussion entitled An Evangelical-Mormon Conversation, Thursday, June 8. An audience of over 2,000 packed the Idaho Fall Civic Auditorium to […]

BONNEVILLE COUNTY – Police arrested a Boise man on Sunday for a report he attacked a woman twice over the weekend. Sgt. Bryan Lovell says the 33-year-old victim reported 32-year-old Preston Beck sprayed her with […]