IDAHO FALLS, Idaho —  What stories were east Idahoans reading this week? Here are the top 5 stories from our website from the week of April 14 – April 21.

The race for Idaho’s top seat is tightening with less than a month away from the primary election on May 15.

“We have a very spirited primary race, which we haven’t seen in the last forty years,” Chuck Malloy, writer for Idaho Politics Weekly, told KID Newsradio.

Among the most interesting characteristics of this year’s race include the deviation from the typical rise of an “anointed candidate,” Malloy said. In previous elections, Lieutenant Governor and gubernatorial candidate Brad Little would have a clear shot at the governor’s seat, but this election season is proving to be a formidable battle for every candidate.

A new Advanced Placement honors American history textbook has not been distributed to students yet but it’s already stirring controversy for being anti-Trump and suggesting his supporters are angry xenophobes.

Tarra Snyder, a junior at Rosemount High School in Minnesota and who saw a copy of the book sent to her school, told Fox News she was “appalled” after seeing how “blatantly biased” the newest edition of “By the People: A History of the United States” was toward Trump and his voters. Snyder said the history book, which some have said reads more like an op-ed, also glossed over all issues then-Democratic presidential candidate Hillary Clinton faced during her campaign.

“There are specific parts where it goes off the rails from a historical textbook toward an op-ed,” Snyder told Fox News. 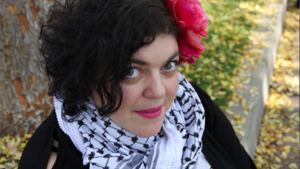 A university professor in California has sparked a social media uproar after calling former first lady Barbara Bush an “amazing racist” who raised a “war criminal,” and saying she’s “happy the witch is dead.”

Randa Jarrar, an author and professor in the English department at California State University, Fresno (aka Fresno State), made the distasteful comments just an hour after the death of the former first lady was announced.

“Barbara Bush was a generous and smart and amazing racist who, along with her husband, raised a war criminal. F*** outta here with your nice words,” the professor tweeted.

An east Idaho woman is running for the state House of Representatives.

The position previously belonged to Representative Dell Raybould who announced he would not be running for re-election after 18 legislative session. Now, Elaine King is among three vying for the Idaho Legislative District 34B and says the issues on the top of her list include education.

“I’m really concerned and with a lot of issues, but the top issue is Common Core and SBAC and that kind of defines me,” Elaine King, a candidate for Idaho Legislative District 34B, told KID Newsradio. “My background is in education. I’ve been in the elementary schools and I have seen some real problems there, especially with the younger students…I‘m very concerned about this program and where it’s leading our children in education.” 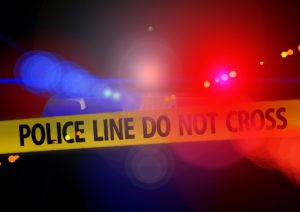 1. SWAT incident in Ucon ends with one man dead

A man has died after an incident in Ucon involving SWAT.

The Bonneville County Sheriff’s Office said police responded to a call of a domestic disturbance involving a man and a woman. When officers arrived, the man had barricaded himself in a residence and was refusing to come out.  Officers were informed the man had access to firearms.

A decades-old public opinion theory developed by German political scientist Elisabeth Noelle-Neumann was aptly named the Spiral of Silence. While the theory was a bit more sophisticated than what is articulated in this column, it […]

Neal and Cala discuss the future of President Trump’s court-challenged immigration order. Plus speculation over Mitt Romney’s potential run for the US Senate in Utah.

SALT LAKE CITY — Funeral services for President Thomas S. Monson, the leader of The Church of Jesus Christ of Latter-day Saints, will be held on Friday, January 12. Church officials say the services will […]