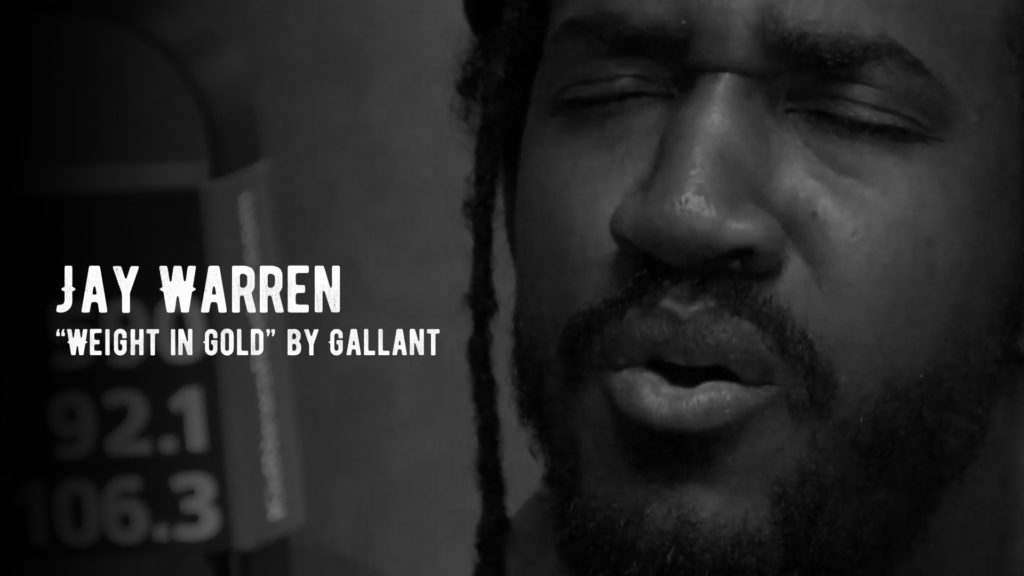 IDAHO FALLS, Idaho ー Up and coming R&B artist Jay Warren made a stop in east Idaho on Thursday, February 14 as part of his tour with JTM (formerly James the Mormon).

“My mom tells a story about me singing at like 18-months old trying to sing along with Whitney Houston. I don’t think I sounded as good as her, but my mom likes to say that I did,” Warren told KID NewsRadio. “Ever since then I’ve just been like writing my own songs, doing school choirs, church choirs, and then within the last like two years I’ve decided to jump full time into music, writing, recording, playing shows. Yeah, so it’s been a ton of fun. I really, really, really enjoy it.

His current sound reflects an R&B feel, but Warren said he only really labels his genre that way because he has to for distributing. Genres, he said, are becoming less and less relevant in the music world.

“R&B is like my home base, but genres are dying. There’s so much cross over between music now, which I think is amazing.”

Warren is currently on tour with his good friend, JTM and the two stopped in Rexburg for a concert on Valentine’s Day. The show is just one of several on their list after they started in Phoenix, Arizona. Being on tour, he added, is just part of his goal to see just how far music can take him.

“All the way,” Warren said. “There’s like no limit to where I think this music can take me.”

Watch Warren’s performance of “Weight in Gold” by Gallant, you can also find Warren on social media at @jywrrn.

IDAHO FALLS, Idaho — At a young age, Samuel Beck realized he loved music. “I started playing piano when I was a lot younger and I also wrote poetry and things,” Samuel Beck, a native […]

IDAHO FALLS, Idaho — Seventeen bright, little faces crowded in KID NewsRadio’s studio on Wednesday, November 14. The children are on tour throughout the Pacific Northwest with the decades old African Children’s Choir. “The organization […]

Studio Cover Session: Paige Anne sings “What I Did for Love” from A Chorus Line

IDAHO FALLS, Idaho — At 11-years-old, Paige Anne has accomplished more than most people do in their lifetime. Paige Anne has sang for the Utah Jazz, several expos and opened for YouTube sensation Alex Boye. […]