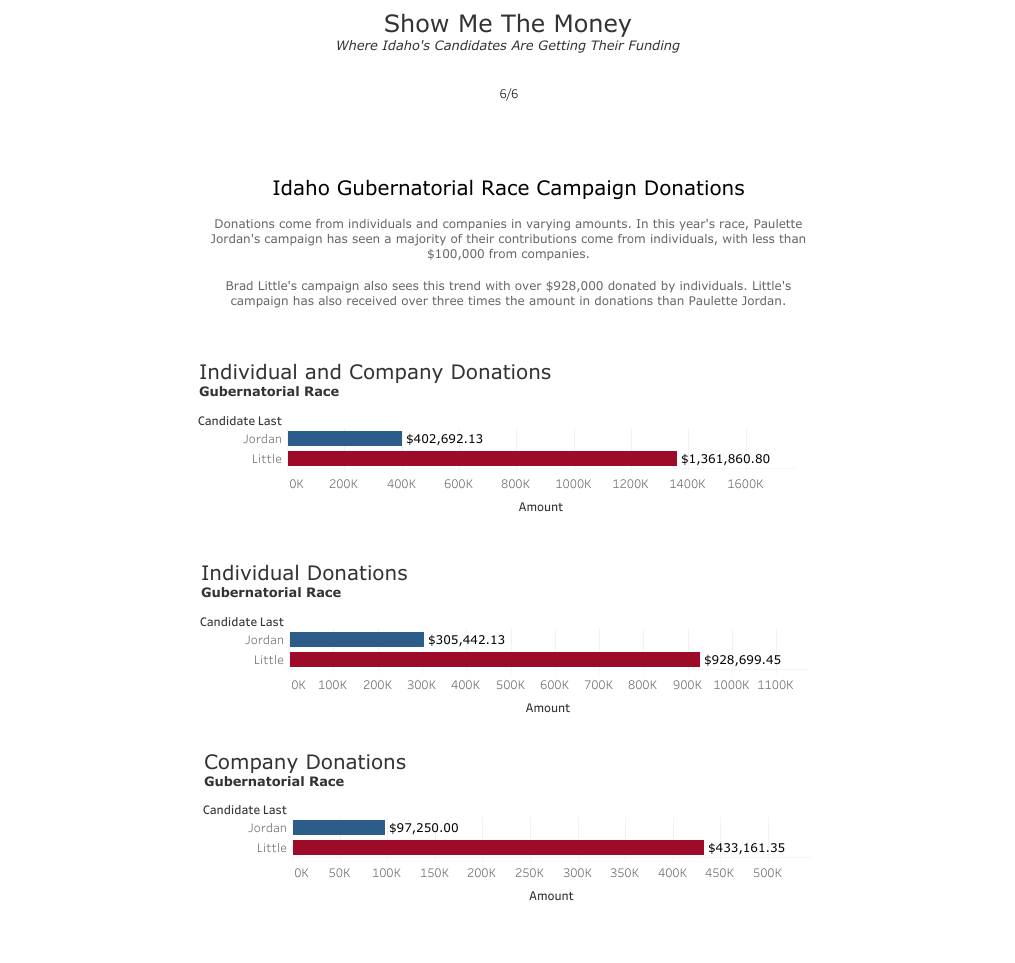 IDAHO FALLS, Idaho — Campaign season is always filled with ads, talking points, promises and meetings with voters as the public decides who to send to office and who to send back home.

Idaho’s gubernatorial race has been particularly interesting already after several Republican and Democrat candidates vied to take Governor Butch Otter’s place following his announcement he would not be running for re-election. Out of a crowded race emerged two nominees: Idaho Lt. Governor Brad Little and Representative Paulette Jordan.

What has followed has been nothing short of interesting as Little works to keep the governor’s seat Republican and Democrats push for historic results in getting the state’s first woman governor in history, first Democrat in decades and first Native American governor in the nation.

Hundreds of thousands, sometimes millions, of dollars have gone into Idaho’s elections and the governor’s race is no exception. KID NewsRadio has analyzed the public data reports for campaign donations for both Little and Jordan to show voters where the money is coming from as November 6 inches closer.

You can view our findings in a series of interactive slides below. Full view of the slides can be seen by scrolling the graphic side to side.

IDAHO FALLS — Republican Party officials have confirmed to KID that US Senator and presidential hopeful Ted Cruz will headline a campaign event in Idaho Falls on Monday, March 7th, at 6:30 pm. Location details […]

Two from East Idaho File to Run for Lt. Gov

BOISE, Idaho (AP) — Two more candidates have announced their intent to run for Idaho lieutenant governor in 2018. Republicans Kelley Packer of McCammon and Janice McGeachin of Idaho Falls have filed to run for […]

How have snow days effected schools?

REGIONAL – With record-breaking snowfall across the region, school districts have been forced to cancel classes. What does this mean for the remainder of the school year? KID Radio spoke with officials from Idaho Falls School District […]