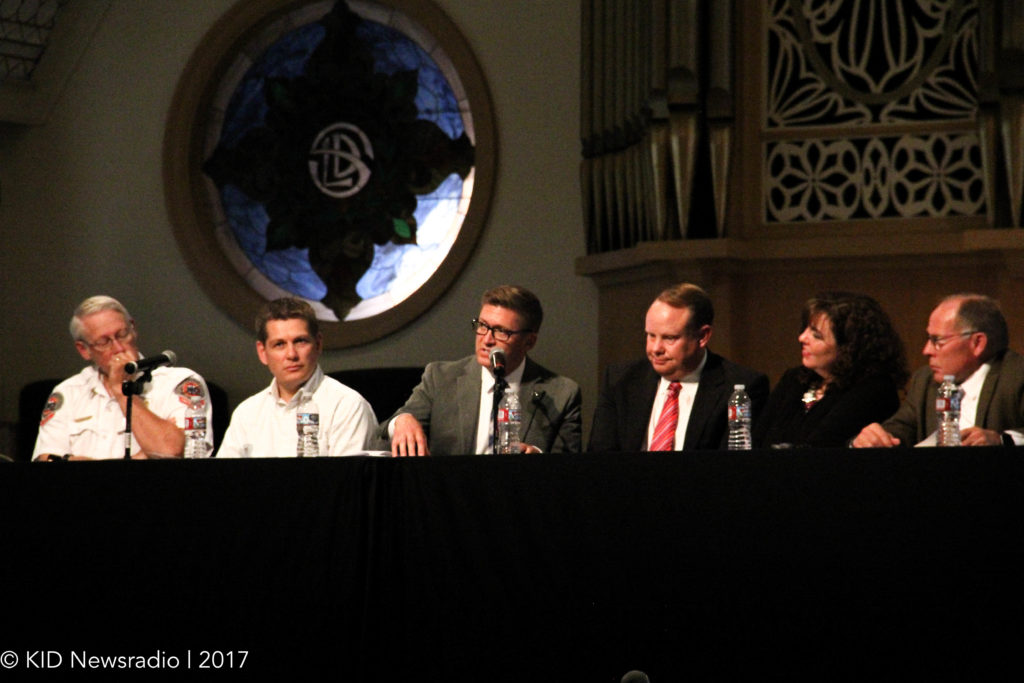 REXBURG, Idaho — People dotted the rows and benches at the Rexburg Tabernacle Civic Center Wednesday, August 9, as city leaders explained their plans to deal with the upcoming Great American Eclipse.

“For about 18 months, we’ve been working on planning this,” Jerry Merrill, Mayor of the City of Rexburg said.”

The City of Rexburg is usually quiet during the month of August, devoid of the bustle of college students and school, but Councilman Chris Mann says this year is an entirely different matter.

“I’ve never seen Main Street so busy during the 7-week break as it has been this year,” Councilman Chris Mann said during the meeting.

Gearing Up for the Eclipse

Businesses, city leaders, and community members have been hard at work to prepare for an influx of tens of thousands of people on America’s Family Community.

But, before the crowds come, officials are reminding residents to do their shopping early.

“Shop locally, let’s keep our dollars in Rexburg,” Councilman Chris Mann said. “Shop early. Make sure you are prepared with milk, bread, and other grocery items. Allow businesses to use the stock from their back rooms for our visitors and also, school starts August 23 and you have to have your back to school shopping done [early] too.”

The visitors the city is expecting could range between 40,000 and 80,000 people since Rexburg has been named one of the best places to view the Great American Eclipse, drawing crowds from all over the world.

“We are actually quite thrilled that we’ve been chosen to host this event,” Merrill said.

Sampson also said the university will be provided a breakfast buffet and box lunches for those who make reservations for the meals ahead of time. 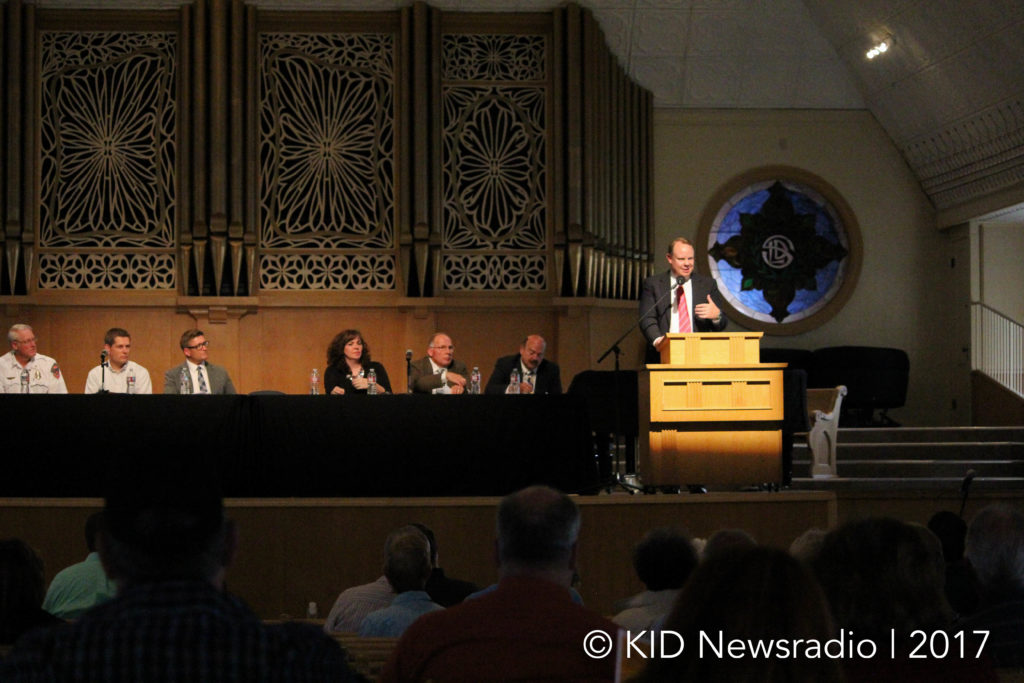 BYU-Idaho isn’t the only place eclipse visitors can hunker down for a good spot. The city says it’s set up five designated public viewing areas.

Most viewing locations are designated city parks, but officials plan to bolster the viewing experience by providing educational opportunities for visitors like planetarium shows and a free star party hosted by the Los Angeles Astronomical Society.

“We’ve kind of built ourselves as more of a kind of educational place…our heritage is a little more conservative than kind of the party type,” Merrill said.

Jackie Robinson, Culture and Arts Director for the City of Rexburg, says entertainers and artists with local roots and from across the nation will provide plenty of entertainment.

Some of the events include a storytelling event, the Vendor Village and plenty of events on BYU-Idaho’s campus.

Walmart and the Salt Lake Express have also volunteered their services and will be providing shuttles around the city during the eclipse.

The city says they’re just as prepared behind the scenes too.

a public works representative dispelled rumors of cross-contaminiation between sewer and drinking water, saying no matter how many people come, there is absolutely no way the two water systems would ever cross paths.

“We want to assure you, that’s not possible,” he said. “We don’t think there will be any problem with our waste water treatment. There’s no connection between the two.”

In addition to dispelling the rumors, public works have installed two new traffic lights at Main Street and 5th West and at 7th South and 2nd West.

Two streets will be closed due to construction, but officials assured residents the sidewalks would be open to visitors and businesses would be open as usual.

“Life and Safety Is Our Number One Priority”

Law enforcement admits they have a challenge ahead of them, a challenge which includes planning for the “possible, but not probable.”

“We’ve broken down the city into four grid areas,” Rexburg Police Chief Shane Turman said. “We’re not going to close any streets other than the ones that have been closed for construction…we’re trying to keep the streets open.”

Turman says Idaho State Police will be handling most issues on US-20 and I-15, freeing up local law enforcement to address public safety issues and traffic.

“Plan on being patient,” Turman said. “The roads will only hold so many cars at one moment.”

Fire officials are also doubling down, adding an extra shift to their station and five additional crew members on call.

“I think we’ve pretty well planned for the worst,” the Rexburg Fire Chief said, adding he hopes the response time will be very quick.

Dotting the I’s and Crossing the T’s

“We don’t know all the people that are coming to your homes,” one official said. “We also don’t know how many people are going to try to come the day of.”

Consequently, the City of Rexburg says they’re preparing in even the smallest of ways. Officials said the city proactively rented every port-o-potty before anyone else could.

“We can’t foresee everything, but we’ve tried to prepare for the worst and hope for the best,” Merrill said.

Let’s shoot you back to Sept. 1st, 2016. What were you doing that day? Where were you at? Did you know that Space was giving the world a double eclipse treat? NASA did, once their […]

Here are some new apps for your iPhone/Android devices during the 2017 Solar Eclipse season.