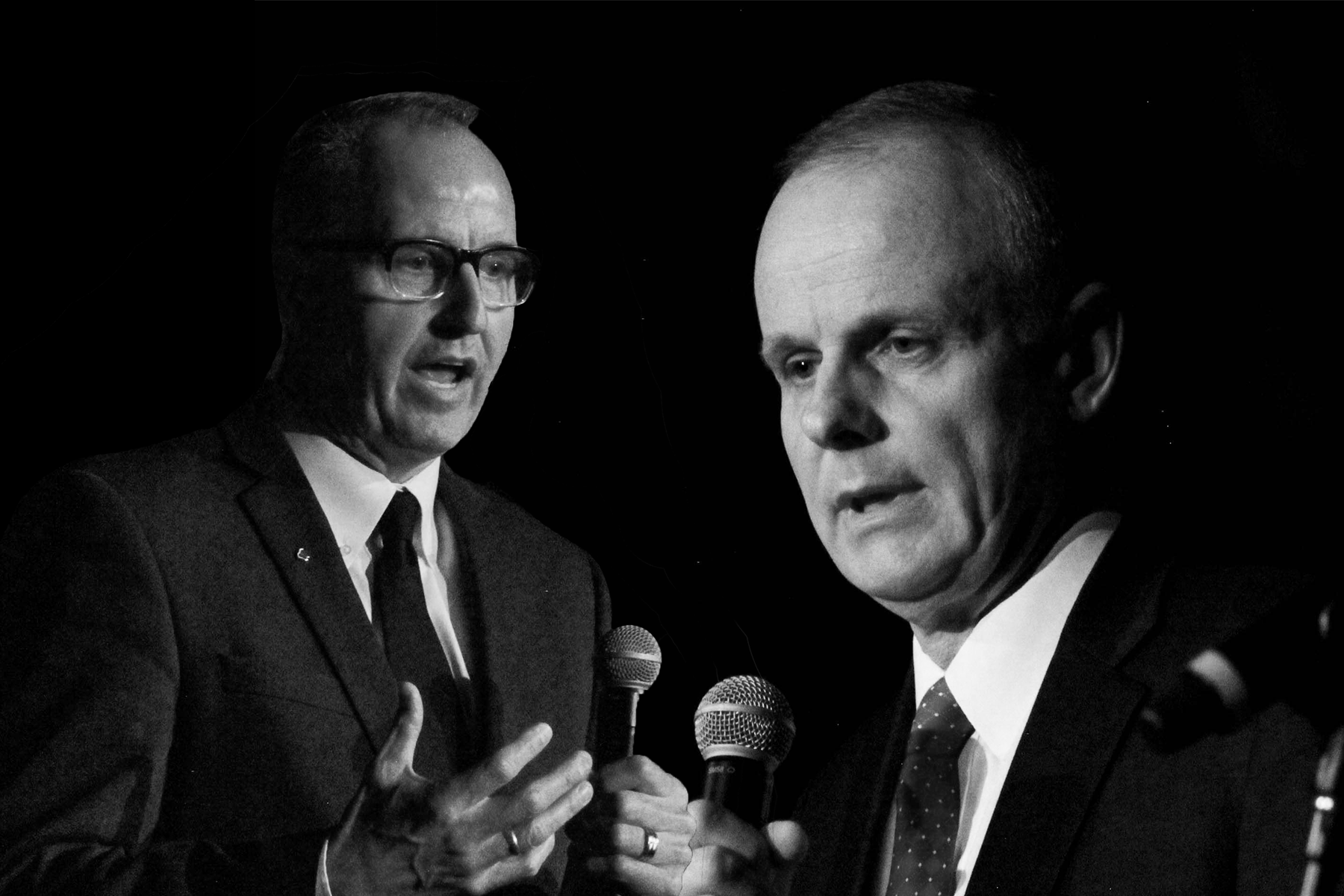 REXBURG, Idaho — Representative Ron Nate and legislative candidate did not mince words during a Republican forum in Rexburg on Thursday, April 26.

In his opening statement, candidate Doug Ricks invited voters to see how he differed from incumbent Representative Ron Nate by visiting ronnatesrecord.com.

“I disagree with a lot of the votes of my opponent,” Doug Ricks, candidate for Idaho Legislative District 34B, said. “I think I could represent the values and views of the people here in Madison County a little bit better.”

Representative Nate denied his votes and actions were ineffective, instead saying he’d kept the promises he made when he was first elected.

“When I ran for office four years ago, I made some promises and I made some commitments,” Representative Nate said. “I promised that I would only vote for bills that were constitutional, fiscally responsible and morally sound and I’ve kept those promises, and if anyone has disagreements with how I voted on certain things they’re having disagreements with the principles of constitutionality, fiscal responsibility and moral soundness of legislation, because that’s the way I voted.”

“He promotes education and talks about giving money to education, however he had a personal bill that he proposed in this current legislative session to reduce $300 million from education,” Ricks said. “If that had passed, luckily it was one of those bills that got put in the drawer by the chairman, but had it passed, it would put Idaho at the very lowest, behind Utah, on the amount of spending and funding given to our schools.”

“As far as the Education Freedom Act, since my opponent brought this up, I think he needs to read the bill and understand what it’s saying,” Representative Nate said. “It is not cutting education spending one dime. What it is saying is as the Idaho economy grows and as tax collections increase, we are going to fund it with state dollars rather than federal dollars.”

Doing so, Representative Nate said, would allow Idaho to refuse programs and standardized testing, like the SBAC, and take back local and state control of education.

“In just a few short years, we could wean ourselves off the federal dollar, fully fund education, even stronger than it is now, and be fully in control of our education decisions,” Representative Nate said. “Right now Common Core and SBAC testing happen in Idaho because the federal government threatens to take away federal money. If we’re not accepting federal money, we have the education freedom to run our own system.”

When moderators asked both candidates about their ability to work with people of all viewpoints and backgrounds, Representative Nate referenced his work with the Liberty Legislators group and applauded the organization’s regular meetings with legislators.

“We talk about legislation and we try to drive policy in Idaho,” Representative Nate said. “I’ve shown I can work with other legislators. I’ve carried constituent bills. Being responsive to the people of Madison and Bonneville county is what being a representative is about.”

“My nature is, I have the ability to work with a lot of people,” Ricks said. “My opponent has been very contentious in the legislature. He makes it sound like it’s been a smooth process, but anybody who has followed politics and what’s going on is he’s the most contentious person in the entire Idaho legislature and he’s been very difficult for many of the legislators to work with.”

Primary elections will be held May 15th.

BONNEVILLE COUNTY, Idaho — The Bonneville County Republican Party is offering an Independence Day scholarship for incoming and graduating seniors this year. “As we approach Independence Day with it’s compliment of fireworks, BBQ, and parades […]

Healing of America Conference attracts visitors across the West

REXBURG, Idaho — A Rexburg-based conference is attracting people from across the West. “People are driving in from all over,” Jacob Householder, President of the Columbus Center for Constitutional Studies Rexburg Chapter, told KID NewsRadio “I […]

IDAHO FALLS, Idaho — Campaigns across Idaho are in the final stretch as voters head to the polls on Tuesday, May 15 to elect their local and state leaders. Among those campaigns are three Republicans […]