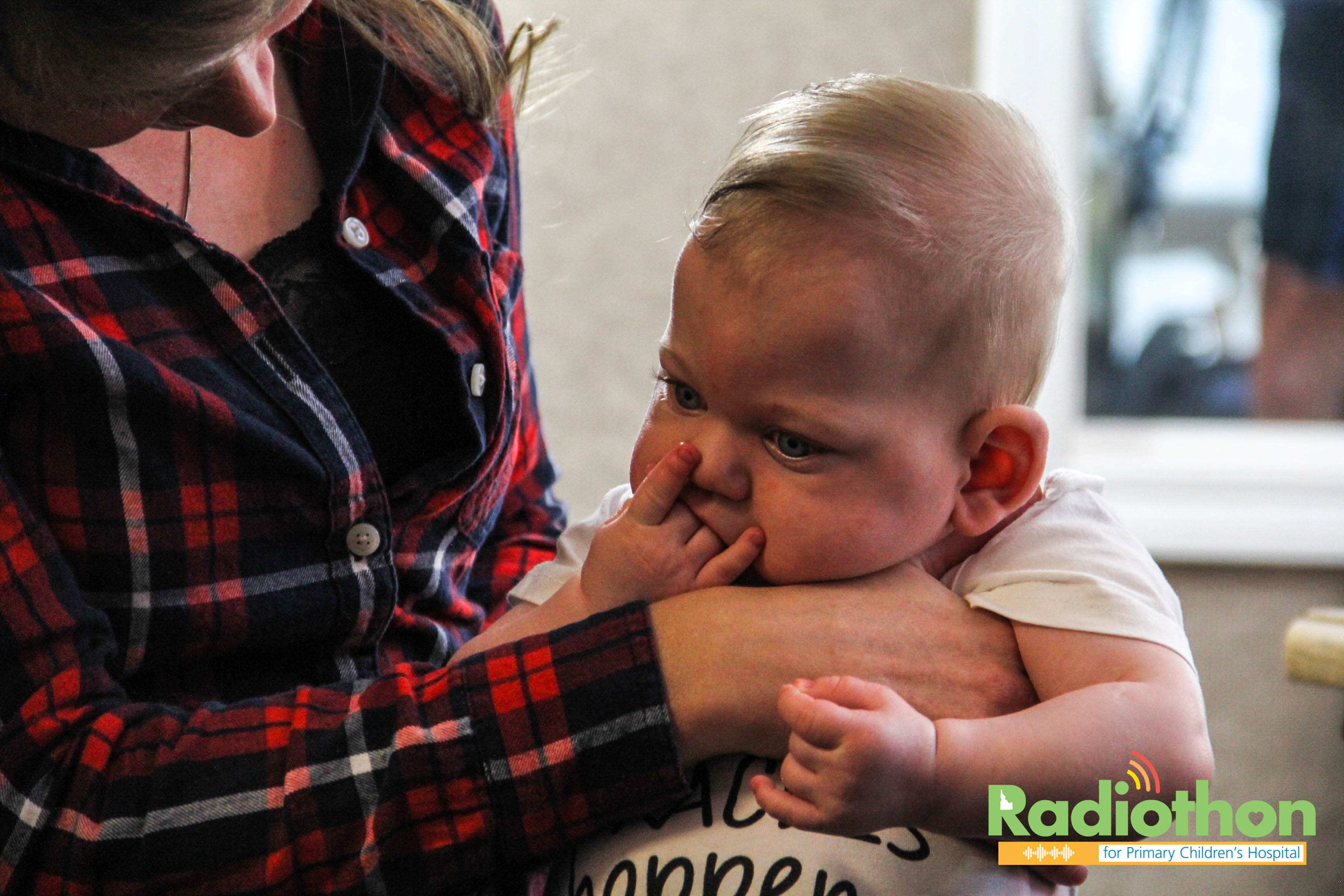 “Timmy is a twin,” Cassie Brayman said. “I went unexpectedly into labor at 23 weeks and so we rushed over here to EIRMC and his older sister didn’t make it, but Timmy was a fighter and so we were there for two weeks and then needed to get life flighted down to Primary’s for some emergency surgery…they’ve been incredible since almost day one to be involved in his life and be the difference between life or death.”

It wasn’t long before Timmy was on a life flight down to Primary Children’s Hospital in Utah where he would spend the next five months.

“We were there from the middle of October to about the end of December and then we thought we’d hit a good spot and could come back here, so we were back here at EIRMC for about a week and then Timmy said, ‘No way, I need my good people at Primary’s,’ so he needed another emergency surgery,” Cassie Breyman said. “So, we got life flighted down there again for about another two and a half months.”

During those five months, Timmy was in the care of the Primary Children’s staff as he underwent surgeries and treatment. Cassie Breyman told KID NewsRadio the experience was difficult, but Primary Children’s didn’t just make sure Timmy was getting better, they made sure she was comforted during that time as well.

“It was the difference between life and death for my baby,” Cassie Breyman said. “We hadn’t had Primary’s to go to, he would have died at two weeks old on a table up here and I wouldn’t be able to sit here holding my baby and so, I don’t know how you put a price tag on that, like that’s just invaluable and I’m so grateful to them because it wasn’t just the surgeries they did for Timmy and the medical care that they gave him. It was the heart that they showed…When you have to live apart from your family for five months, I stayed down there at Primary’s to be there with Tim, that’s hard and to watch your baby go through all he’s going through, harder, and they became like family to me.”

You can donate to Primary Children’s Hospital during our Radiothon by visiting http://bit.ly/2MGbRzF or calling (208) 523 – 0228. All donations made on September 26 will be matched dollar for dollar.

IDAHO FALLS, Idaho — Father’s Day 2017 didn’t go the way anyone could have imagined. Ariana Jackson had thrown up at least 40 times over the weekend and her headaches were getting worse. Callie and […]

First Day of ‘Radiothon’ in Pictures

Yesterday was the first day of Radiothon and here at the radio we had some great people coming in and sharing their stories. All of them are full of energy, happy and very grateful for […]

IDAHO FALLS, Idaho — For the seventh year in a row, Rich Broadcasting has teamed up with Primary Children’s Hospital to raise money for the nearly 100,000 patients who visit the facility each year. Among […]