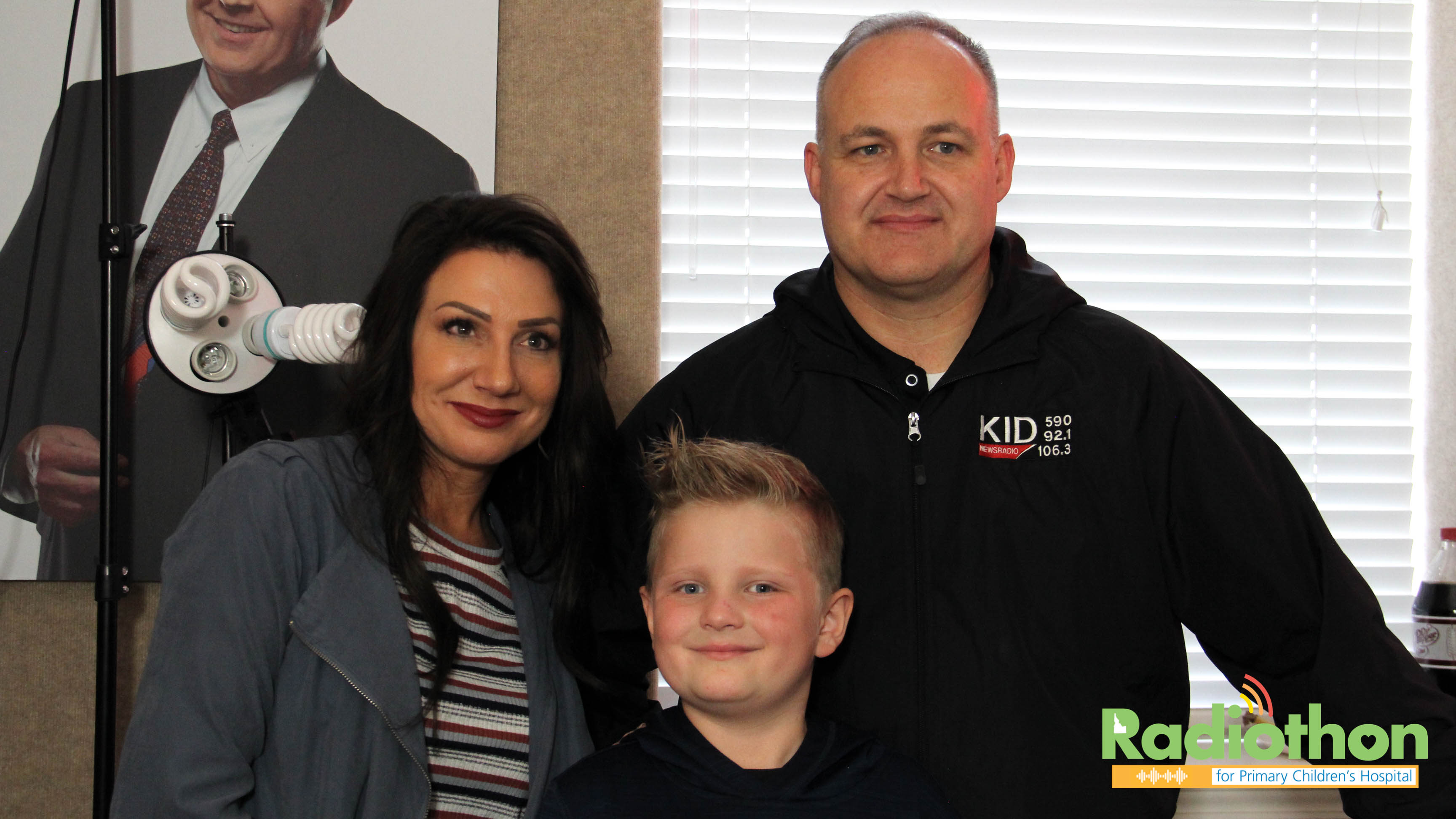 Listen to Ozie Schow’s story below.

Unusual bruising on Ozie’s arm tipped his parents off that something was wrong, a trip to the hospital would later reveal he was suffering from T-Cell Acute Lymphoblastic Leukemia and would spend 100 days in the hospital.

“You know, it’s interesting, the first five days after diagnosis he was actually in the PICU at Primary Children’s and I felt very comfortable,” Heidi Schow told KID NewsRadio. “You know, they are so professional there and they’re nurses and staff and doctors, I mean, they know what they’re doing. So, for me the experience was actually pretty calm and I felt pretty good because I knew that they were taking care of it.”

While in the hospital, Primary Children’s had plenty of things to keep Ozie’s mind occupied too while he underwent tests and treatment. Game rooms, play rooms, music therapy and even the company of a furry friend.

“There’s a thing called pet therapy, which they just bring a dog into the room and you can, like, feed him and pet him,” Ozie Schow told KID NewsRadio. “They have, like, a game room which there’s like all kinds of games.”

“Their care there is incredible,” Heidi said. “They’re so good with the kids and top-notch. They know what they’re doing.”

Thank you so much for helping us raise $100,915!!! The 8th Annual Primary Children’s Radiothon will return to the airwaves on Tuesday, September 24th and Wednesday, September 26th. Together with our Rich Broadcasting sister stations, […]

Thank you friends for your donations. We got $72,923 total this year which is a huge amount! One hundred percent of  this donation will go to Primary Children’s Hospital. We want to thank our corporate donors: […]

IDAHO FALLS, Idaho — At 23 weeks old, Timmy Breyman and his twin sister Audrey unexpectedly came into the world. “Timmy is a twin,” Cassie Brayman said. “I went unexpectedly into labor at 23 weeks […]