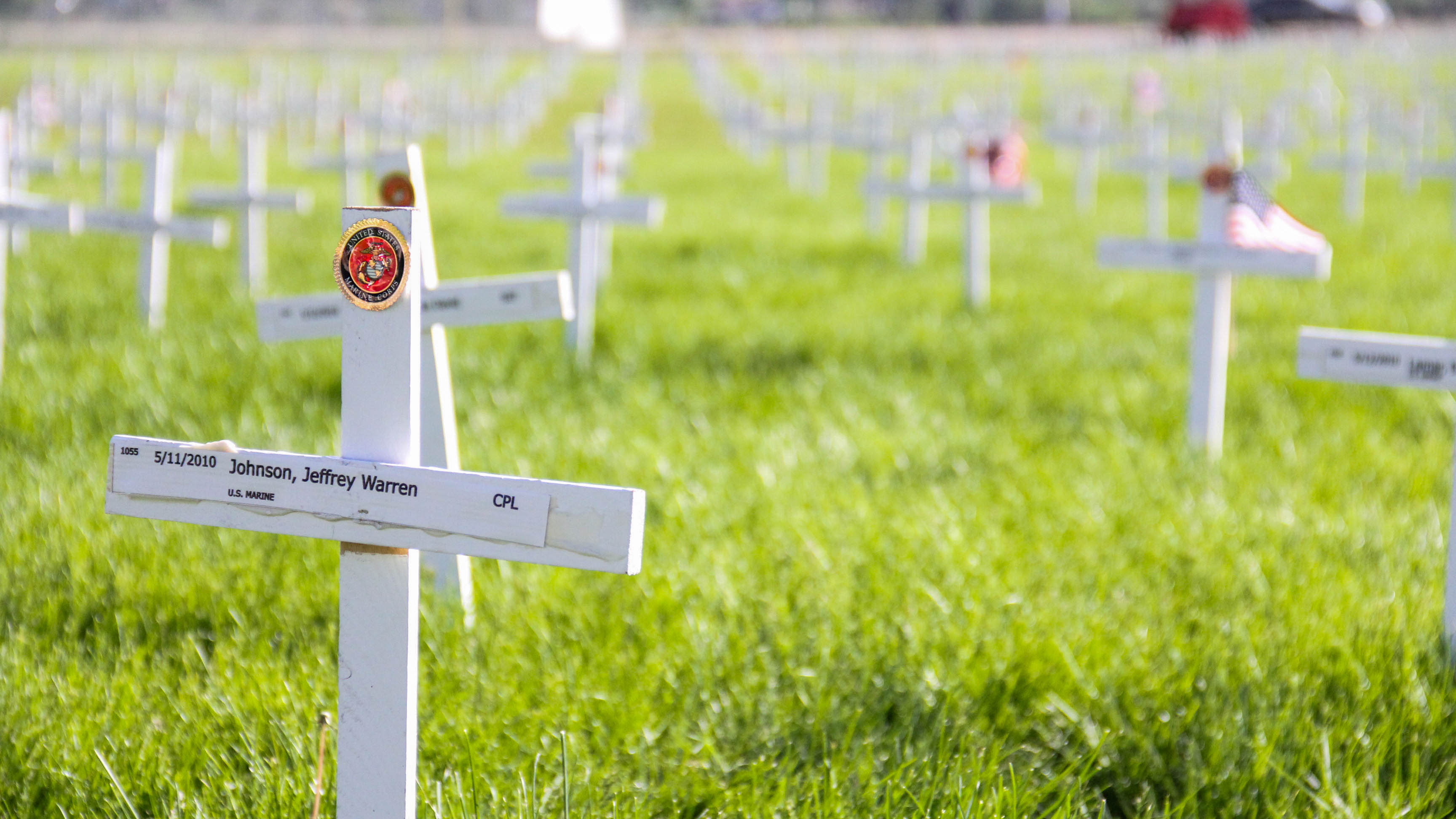 Each cross represents a hero, a departed loved one who died in combat while serving in America’s armed forces. Beside some crosses lay flowers, flags and military emblems; a tribute to their sacrifice.

“Friday, we do our dedication ceremony and literally the whole mood changes,” Melissa Hartman, Bannock County Veteran Services Coordinator, told KID Newsradio. “Even our kids who’ve played out here, all week long, even their mood…the kids that come to visit, it’s different.”

Since 2004 the field has stood as a silent tribute to honor America’s fallen. Hartmann said the very first Field of Heroes was set up at Irving Middle School, thanks to John Rogers, with just 1,200 crosses. In 2007, the field became a tradition at Century High School and organizers added programs for the growing crowds who came out each year.

Now, the field is operated by the Bannock county and takes 3,000 volunteer hours to put together.

For a fallen member of the armed forces to receive a cross on the field, Hartmann said they must meet certain criteria.

“They have to have died in country or after being medevaced out as a direct result of combat wounds,” Hartmann said. “There are going to be service members out there from Africa…and some of the outlying areas just simply because they were still in support of the global war on terror.”

Throughout the weekend, people from all over the world come to see the display and pay their tributes to those who gave the ultimate sacrifice.

“The reason we get visitors like that is because it’s the gap and everybody’s coming from Salt Lake City to Yellowstone and they come by and…they’ll pull in and they’ll visit. So, we have had visitors from all over.”

You can view a photo gallery of the field below.

A military judge won’t throw out charges against Army Sgt. Bowe Bergdahl despite scathing comments that President Donald Trump made on the campaign trail. Bergdahl’s lawyers had argued that Trump’s comments violated their client’s due-process […]

POCATELLO, Idaho — On Thursday, December 13, the POW*MIA Awareness Rally Corp. will ride into town for the 13th annual “Bikers for Blood” community blood drive. “You can become an angel this holiday season and […]

POCATELLO, Idaho (AP) — Flooding is continuing to affect communities in southern and eastern Idaho as warm weather melts significant snowpack in lower elevations. More than a third of Idaho’s 44 counties have declared disaster […]