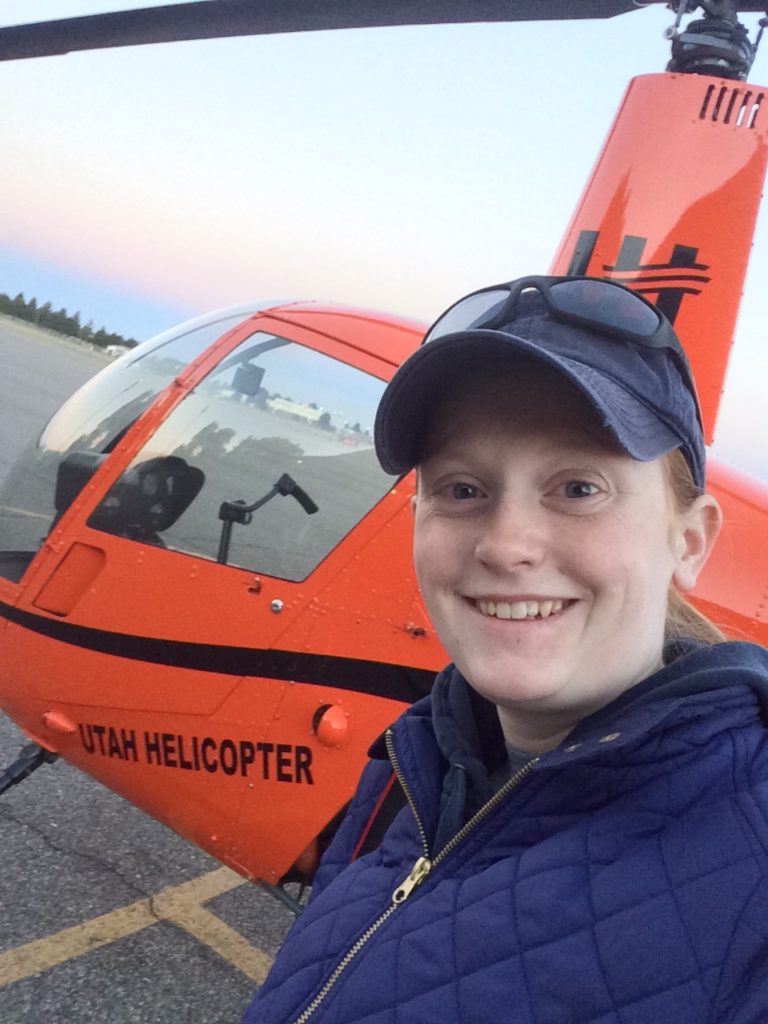 My observations began at 6:30 a.m., strapped into a Utah Helicopter that much to my surprise, was the perfect fit for my tiny ginger frame.

We popped the door off and camera in hand took off across the Idaho Falls region.

There were, of course, the iconic landmarks of the greenbelt, the river, the Idaho Falls LDS Temple, and of course, plenty of trees. In short, simply breathtaking.

The pilot had agreed to take me out over Interstate-15 on his way to the Duck Race to snap some pictures of the much-anticipated droves of cars pioneering from distant lands to see the eclipse.

Of course, I didn’t expect bumper to bumper traffic, but I expected a little more than what I saw. 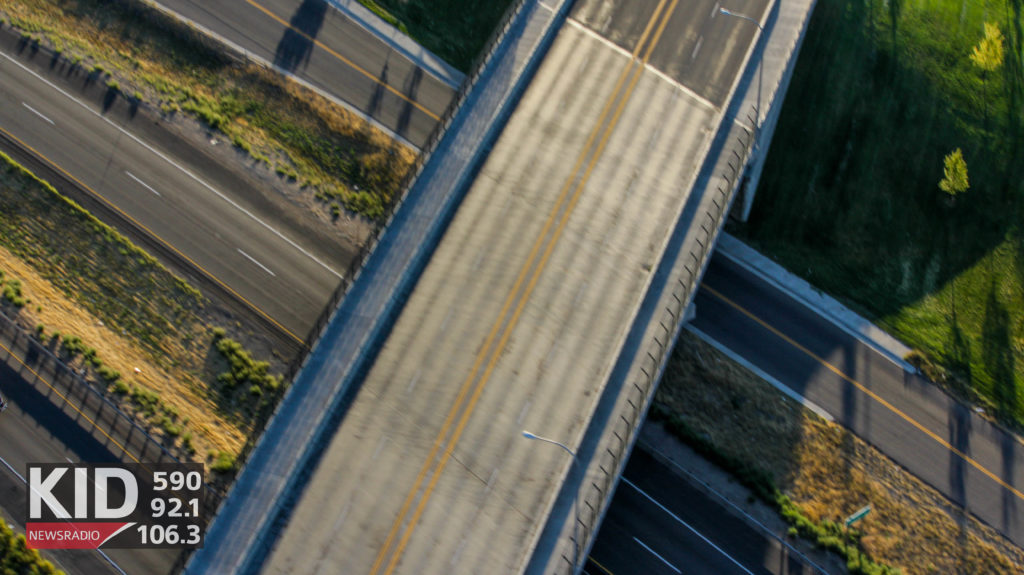 Nothing. Absolutely nothing. Eerie, awkward and empty roads. There were a few travelers as part of the preparations for Saturday’s duck race, but overall, no real evidence of the impending tsunami of people we’ve heard about for weeks.

The question that I’d be asking all day began to form in my mind, “where are all the people?”

There are, of course, eclipse visitors here in southeast Idaho.

A hotel in Rexburg told me a tourist group had booked every single one of their rooms, all 97. With a max capacity of up to six people, I quickly realized that as many as 500 people could be checking to a single hotel at once.

The group, I was told, came from Asia and had booked the hotel a year in advance. Other hotels told me similar stories, tour groups from across the world and the nation had filled their rooms to the brim. But, this is not unlike any other summer day when thousands of people pass through southeast Idaho on their way to see our local national parks.

Our traffic cam page continued to tell a similar story throughout the day, a steady stream of cars capable of going the speed limit, flying down the interstate towards southeast Idaho. Not unlike any other summer day in the region.

But, Idaho Transportation Department Traffic Engineer, Ben Burke, told KID Newsradio a comparison of Friday, August 19 to the equivalent Friday the year before, revealed an increase of over 60 percent more cars on the road on that day alone.

So, there we plenty of people coming, just staggered enough that we hadn’t noticed.

But,  then we spoke with people who had cleared fields and opened up every spare inch of land possible to accommodate the crowd. Rachel Walchi, event coordinator, and planner for the Moonfest in Rigby said that just two days before the eclipse, an entire field lay just ready for tourists.

They’d planned for 400-500 people, she said, and they still had plenty of spots for those guests who’d come without a place to stay.

These were not the only places waiting with open arms to welcome a tsunami of Saturday travelers. Ranches, fields, and campgrounds across the region boast open slots, for a price, of course.

We did run into a band of gentlemen complete with man’s best friend thrilled to be in the path of totality. We met an airstream-toting man, more than happy to let us snap a picture of his dogs.

And, of course, we did see plenty of cars as noted in the time lapse above.

But, the expectations of a Saturday tsunami of tourists certainly fell silent, eerily silent, on empty streets and light traffic.

Rexburg officials: “We’re [as] ready as we can be.”

REXBURG, Idaho — People dotted the rows and benches at the Rexburg Tabernacle Civic Center Wednesday, August 9, as city leaders explained their plans to deal with the upcoming Great American Eclipse. “For about 18 […]

IDAHO FALLS – A Facebook post containing alarming warnings about the upcoming eclipse in East Idaho is getting shared widely on the social media platform in the region. The post purports to contain information shared […]

Aaron Linsdau is a Jackson resident and photographer. He also works as a motivational speaker and is known for his trips to the Antarctic and skiing […]