SALT LAKE CITY, Utah — A recent national poll says Republicans are more willing to vote for a presidential candidate who lies, than in previous years.

According to the study by Deseret News, 55 percent of Republicans said they would support a presidential candidate they agree with even if the candidate seems “willing to lie to cover up the truth.” That’s up from 12 percent who said the same things when Fox News asked the same question in 2015 and 70 percent of Democrats who said a lying candidate would “be a deal breaker.” 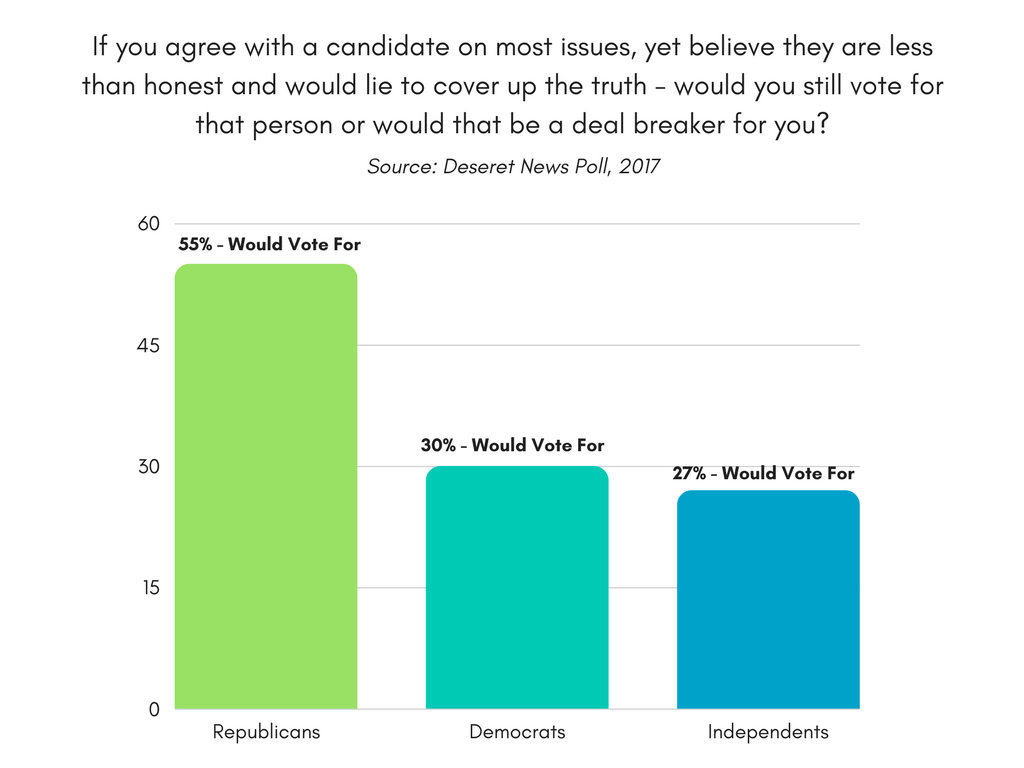 “It is revealing that Americans are more accepting of certain lies than they once were, especially as social media makes it easier for people to mislead others, whether to do harm or simply make themselves look good,” Allison Pond, editor of the Deseret News In-depth team and a former Pew Research Center staffer, said.

The study also revealed most Americans would not support a 2020 presidential candidate who would lie to cover up the truth with just 36 percent of respondents saying they’d vote for such a candidate.