REXBURG, Idaho — Engines roared through the sky during the Legacy Flight Museum Air Show in Rexburg on Saturday, June 16.

Local and regional pilots performed high thrills aerobatics and stunts, all with an eye towards honor those who have served in wars as early as World War I.

“We need the youth of today to understand the sacrifice that these pilots made in World War I, World War II, Korea, each time we’ve gone to fight for freedom there [are] sacrifices we can’t even comprehend, ” Natalie Bergevin, president of the local Experimental Aircraft Association chapter, told KID NewsRadio. 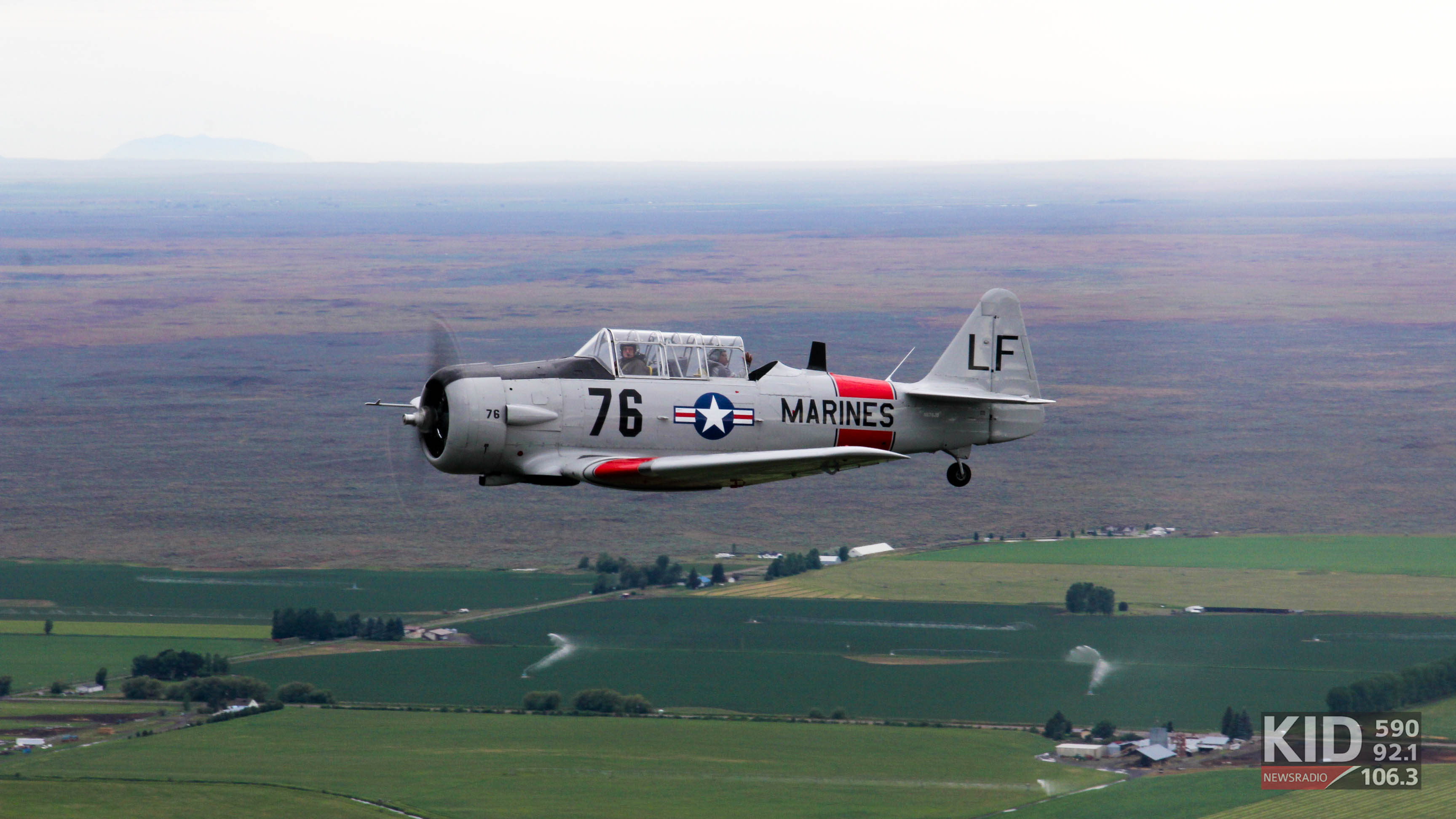 Bergevin said she feels the event is more than just watching historic war birds performing gravity defying stunts. In her mind, it’s a vital experience in helping those of the younger generations appreciate the sacrifices brave men and women have made throughout the years in the name of freedom.

” If we can have these kids come and see and have a taste, meet these people, there’s veterans all over this airport today, and honor them for their sacrifices, I think that’s what’s important,” Bergevin said. “We need them to know how much we appreciate what they’ve done and this is one of the ways.”

Many young participants certainly felt that sentiment while watching the event and listening to the stories behind each plane. Victoria Fowler, a recent BYU-Idaho

graduate and resident of Rexburg, told KID NewsRadio the show provided a reality check and helped her remember just how much has gone into defending the nation’s freedom.

“Seeing the history kind of come back to life, because you read about it in books and watch videos,” Fowler told KID NewsRadio.  “Being able to see it in person, I think it kind of, it’s like a little reality, kind of check for a lot of people, like ‘Wow, this actually was here and this actually happened.”

The Legacy Flight Museum is open year round and allows anyone to get an up close look at the original WWII planes used in the show. Full details can be accessed here.

BOISE – Idaho will get $26 million for schools and roads as part of the Secure Rural Schools and Community Self-Determination Act approved again by Congress. The Idaho Statesman reports $285 million will be split […]

BOISE, Idaho (AP) — Gov. C.L. “Butch” Otter and legislative leaders say they have reached a settlement with the vendors involved in a lengthy lawsuit over a failed public school broadband program. Last year, the […]