So let’s get right to it. We conservatives are viewed as either morons or murderers (or both) for supporting a robust slate of gun rights, especially in the bloody wake of a mass school shooting. If you’re interested, I’ll tell you why we do. If you don’t care, no worries; understanding differing political opinions isn’t exactly en vogue these days. Listening to each other is what our grandparents did, and they were fuddy duddies.

I do not speak for all 2nd Amendment supporters but, in a moment, I will share my own view of why we resist. First, though, I want to hopefully build a little trust. I completely understand the call for limiting access to semi-automatic weapons, especially the models often used in mass killings. I sense a genuine commitment to policies that will prevent and mitigate these horrific events. It does no good to label someone acting in good faith a “gun grabber” or as someone who “hates” the Constitution. I truly believe that most of us average folks are just trying to address this gut-wrenching problem and strengthen our confidence that when we send our kids to school, they return home. I hope, despite our differences you can see me the same way.

But now I’ll tell you why, despite beating us over the head with shame, we hold a firm line on this issue.

First, there’s a big problem with trust. It’s hard to hear a lecture about carnage and saving children from many who largely defend the continued legality and promotion of infanticide. Abortion kills nearly 1,000 babies every day in America. We don’t understand how you select which carnage to despise. If you want to really know, we find shredding and sucking children from their mothers’ wombs — and in some instances, selling their organs — an abhorrent reality of a civilization in decline, along with mass shootings. Those who support abortion, for us, carry no moral authority to wax indignant over children who are taken deliberately, just by another way.

Similarly, it’s hard to hear a lecture about young people dying, from a party that says little to nothing about the rampant black-on-black homicides in places like Chicago and Baltimore. We all know how many were killed in Parkland — Seventeen. But can you tell me, without looking it up, how many were killed in Chicago in January? I didn’t think so. It’s thirty-nine. Yet, as NRA spokeswoman Dana Loesch pointed out, CNN seems to have no interest in a town hall meeting to address urban violence. The youth of Chicago killed one at a time in gang violence are no less important than the children killed in a mass shooting in Parkland.

It’s also incredibly hard to hear a lecture about controlling guns from people who are sympathetic to despotic regimes that brutalized their unarmed populations. Castro. Guevarra. Chavez. These were horrible men who used torture, executions, and barbarism to keep a defenseless population in line. We simply don’t trust your judgement when it comes to regulating the amount of power given to a government and how it may be used to oppress its people. Thankfully, this bizarre soft spot for marxist despots is limited to a strange strain of progressivism, but they are some of the most vocal advocates for gun control.

It’s hard to hear a lecture from people who don’t wish to address the multiple systemic failures of agencies that are supposed to stop gun violence, but didn’t. Both the FBI and Broward County Sheriff’s Office received very specific multiple warnings — mentioning both Nikolas Cruz’ guns and his potential to carry out a school shooting. Deputies responded 39 times to his home in recent years. A deputy, with a gun, at the school, during the shooting… did nothing. And in your mind, the lion’s share of blame for the mass shooting is pinned on Senator Marco Rubio taking political money from the NRA? Threat assessment is an important skill, and if I want to save my kid’s life at school I’m far more interested in fixing a non-responsive FBI and cowardly resource officer, than I am in who gave money to Marco Rubio.

It’s this pattern of failure in bureaucracy that underscores the need for an individual right to defense. If government can’t protect you when they are warned about violent crime (or are on the premises when it happens), how in the world can we expect them to do it when they aren’t?

The discussion is a large one. Does limiting semi-automatic weapons escape Constitutional scrutiny? Would it actually reduce mass killings and violent crime, or does it just limit millions of law abiding Americans in the name of scratching the “do something!” itch but without measurable benefit? Sure, in theory it should work, but we have hundreds of millions of guns across America. Too much regulation smells more like a black market than a decrease in crime.

The resistance to gun control is not thoughtless for many Americans who recognize that mass school shootings are a recent phenomenon in our history, but gun ownership is not. The variable is not gun availability. There is something deeper going on. This process will be so much more productive when we all get very committed to discovering that something deeper, instead of trying to bludgeon each other for holding a different opinion. 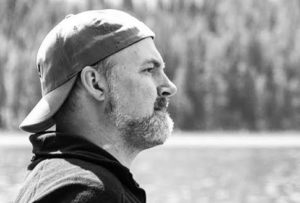 Neal Larson and Julie Mason weigh in on the third day of the federal government shutdown after Congress was able to pass a budget bill to keep the government open. Julie and Neal talk about […]

http://www.richbroadcasting.com/kidpodcast/NLS/KIDDanStein09052018.mp3   WASHINGTON D.C. — Daniel Stein, president of the Federation for American Immigration Reform, discussed the future of immigration reform during the 2018 Hold Their Feet To The Fire broadcast, on Thursday, September […]