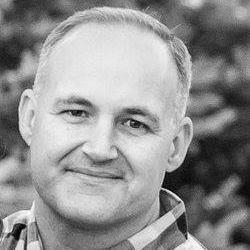 What the offense allocators didn’t realize is that Native Americans happen to be an incredibly resilient, proud, and strong people — and that doesn’t bode well for race-baiting propagandists whose sole purpose is to create a politically useful yin-yang of victims and bigots. To be blunt, American Indians don’t need erudite academics telling them what to think about themselves. The White Man already raided their land. They will not let them raid their mind. That has the left convulsing in fits.

I’m curious how long the left will continue to be vicariously offended for the Native Americans. At some point, they’ll have to move their energy to a mushier demographic, some other group more easily convinced of their victim status. For instance, there’s a boon in manufacturing victims right now among college students seeking the refuge of a safe space brought on by the atrocity of microaggressions — words requiring trigger warnings like “he” and “she.” Progressives have hit paydirt convincing transgenders of a sacred inalienable right of urination location. They even have some white people convinced they are racial aggressors simply by being white.

There’s a good reason why Washington’s NFL team has chosen as its icon the proud and brave Native American — as opposed to a millennial with a man-bun scrambling for a safe space, or a screaming Black Lives Matter activist, or a finger-snapping drag queen. One has a heritage of honor and bravery, and the others, um, don’t.

The Redskins’ ownership gets it. The fans get it.The vast majority of average joes and jills get it.  And apparently 90 percent of Native Americans get it — that the mascot is a dignified emblem of a noble people, period. Only miserable killjoys looking for an opportunity to be relevant try to muss up genuine expressions of admiration and honor by creating a boogie man of racial offense that doesn’t even exist.

A few months ago singer Avril Lavigne was featured in a music video performing her song “Hello Kitty.” The video depicted Asian women dressed up in matching outfits. Lavigne, wearing a pink tutu, was eating Asian food. On cue, the accusations of cultural misappropriation and racism began to roll in. The artist Tweeted in response: “I love Japanese culture and I spend half of my time in Japan. I flew to Tokyo to shoot this video…specifically for my Japanese fans, WITH my Japanese label, Japanese choreographers AND a Japanese director IN Japan.” The Twitter feedback was largely favorable… and those who accused her of racism? Largely non-Japanese. Anyone else see a pattern here?

In the same voice my mom used when I was trying to throw the kitty in the ditch when I was six, I want to scold these irresponsible agitators creating unnecessary division between groups who are peacefully coexisting. But no amount of “Stop it!” is going to work with them, because the moment these progressives realize how unnecessary their theories and how overblown their perceived offenses are, they’ll also see their own irrelevance, and that finding cause in being ethnic saviors was an exercise in futility and purposelessness.

Nothing is more scary than being useless, and the lack of outrage among Native Americans over an NFL mascot honoring them surely has them dismayed.

Associated Press award-winning columnist Neal Larson of Idaho Falls is also the author of “Living in Spin.” He is a conservative talk show host on KID Newsradio 590am, 106.3 and 92.1fm, and also at www.kidnewsradio.com. “The Neal Larson Show” can be heard weekday mornings from 8:00 to 10:00. His email address is neal@590kid.com.