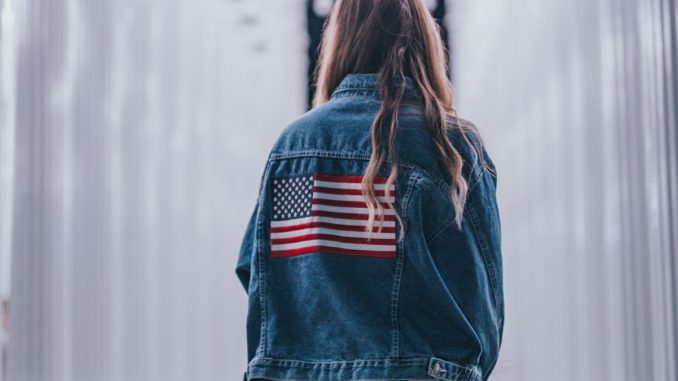 It was an otherwise mundane car trip across town, two children riding along. I’m not typically THAT parent. We don’t homeschool. We didn’t vote for Ron Paul. Sometimes I even forget to put our flag out on patriotic holidays. And I don’t always capitalize on prime teaching moments when I should.

But I had a moment recently of deep parental satisfaction. With demands for free education and healthcare bouncing around the liberal echo chamber of our mainstream media and political discourse, I didn’t want my kids polluting their psyches with the ugliness of an entitlement mentality. They are not part of some Borg. So, the moment of instruction just sort of presented itself.

Thomas Jefferson’s oath has become in recent years a critical part of who I am. He said, “… I have sworn upon the altar of God eternal hostility against every form of tyranny over the mind of man.” The sentiment is beautiful and defiant, a concise expression of our glorious independent God-given agency. I memorized those words, chiseled into the marble under the dome of Jefferson Memorial, as I stood next to his imposing statue. In three words, nobody owns you. Nobody owns your mind, your opinions, your leanings or inclinations. They are yours and yours alone.

Nobody can involuntarily bestow steaming outrage over a dead puppy or lion, an errant word or phrase uttered by an opposing politician. Nobody can insist that you believe or disbelieve in climate change, that gender is “fluid” or that a rape accusation without evidence must be believed. Nobody gets the privilege of determining your inner thoughts, unless — and this is important — you give it to them.

On my car ride, I brought up the Constitution. The government has taken great care to preserve it. It’s guarded by robust security, displayed in a dimly-lit room at the National Archives and illuminated by a special green light that will not cause it to degrade. The fading document is encased in a temperature-controlled environment underneath very thick glass. It is flanked by important but less significant historic documents that led to its existence. I’m not sure how much the government spends preserving it, but it’s not a small amount. The beauty of the Constitution, however, is that — despite its surroundings — it is not a government document.

Government documents don’t begin with “We the People…”

I told my kids that the Constitution is incredibly unique in that it’s not something that outlines what a government allows the people to do. Just the opposite. It is a document by the people outlining what government is allowed to do. The Bill of Rights does not bestow anything. Rather, it recognizes. It signals to the federal government what the no-go zones are. It screams that government is captive to the people’s will, not vice versa.

In the same way our Constitution was born out of defiance toward heavy-handed government, our children must learn a similar rugged and gritty defiance if they are to weather our current ideological storms with their freedoms intact. Progressive ideas cannot thrive without raiding the treasury of your children’s independent minds, and the wealth of their future earnings and labor.

Fueled by faux indignation and assertions of rights that simply do not exist, progressivism will masquerade itself as virtue under the cover of entitlement in an effort to control everything it can. Teach your children the emotional resilience and courage to be political and cultural heretics by staying tethered to the individual freedom God gave them.

No cause or movement owns them, their minds, or their futures.

Editor’s Note: This article is part of a series about gubernatorial candidates in Idaho’s 2018 election. IDAHO FALLS — Lieutenant Governor Brad Little is hoping to drop the lieutenant part of his title as he […]