There are a couple of things you have to remember when dealing with today’s guano-crazy progressives. First, they never, ever acknowledge reality when it contradicts a cherished narrative. Secondly, when your politically incorrect prediction comes true? Sorry, you’re still a hateful bigot.

It was a cool July evening in sleepy Ammon, Idaho, when a woman trying on new clothes in the dressing room of the local Target store looked up to see the creepy camera eye of a smartphone staring back at her. The device was gripped tightly by what appeared to be the hand of a man who identifies as a woman. The partially dressed victim, instantly filled with rage and shock, slammed the dressing room door open, and chased down the fleeing culprit, screaming and demanding the pictures be deleted. Neither customers nor employees — likely startled by the unfolding scene — stepped in to stop the pervert. (DISCLAIMER: Some uncomfortable with the terms “creep” and “pervert” like to use “undocumented videographer” instead.)

A call to the police led to a diligent investigation. The alleged perpetrator was identified via video surveillance tapes and subsequently arrested. The suspect? A physiological male. His name is Shaun on the outside, but he says he’s “Shauna” on the inside. Either way, Shaun(a) had been granted an all-access pass by Target this year by nature of the store widely publicizing their pee-and-undress-wherever-you-want policy. 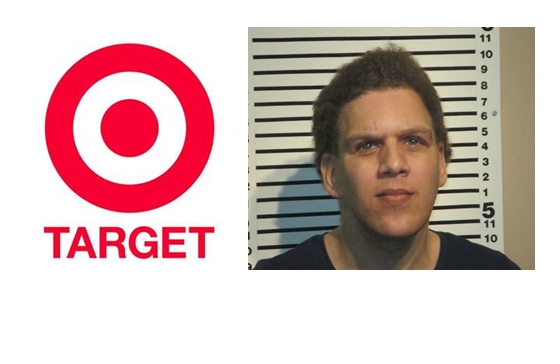 It’s a crying shame that we didn’t see this coming, and that nobody expressed any concern at all back in April that Target’s policy would entice creeps to pose as transgenders in order to get access to sensitive areas of the store — the only two places shoppers can legally remove their clothing. Why didn’t anyone warn us this would happen? Why weren’t there online petitions and calls for boycotts? Why didn’t Target’s stock drop in value by the billions? Why didn’t anyone, anywhere, on social media or otherwise suggest that it might just be a bad freaking idea to telegraph all the perverts in town that they won’t be scrutinized in Target’s bathrooms and dressing rooms — making vulnerable our daughters, wives, sisters, mothers, and girlfriends to the the region’s ill-intentioned undocumented videographers?

You’d think some group of thoughtful people would have anticipated this moment.

I had a wonderful exchange this past week on Facebook with a gem named Landon who argued that Target should be praised, because their policy led to the man’s arrest and that his prior employers at another retail chain and area university should have caught him. I fruitlessly tried to point out that the policy likely led to the crime in the first place. (On a side note, I have run out of duct tape.) Others rushed in on social media to make sure some “larger group” was not unfairly characterized. None of the intellectual powerhouses making these arguments expressed a tiny shred of compassion for the actual victim — the very woman whose privacy and space was violated in a scenario that Target’s policy likely accommodated.

To make things worse, this victim will likely never know if she was videotaped by a creepy outward man or a creepy inward lesbian.

I actually knew this story was coming, and I think we all did. Anyone who inherited a smidgen of grandpa’s common sense knew this exact story would happen. We just had to fill in the blanks when it did. I honestly thought it would have been Wisconsin, or Florida, or New Mexico… just somewhere else. But no. It happened here, where we shop.

Or, to be more correct, where we no longer shop.

Associated Press award-winning columnist Neal Larson of Idaho Falls is also the author of “Living in Spin.” He is a conservative talk show host on KID Newsradio 590am, 106.3 and 92.1fm, and also at www.kidnewsradio.com. “The Neal Larson Show” can be heard weekday mornings from 8:00 to 10:00. His email address is neal@590kid.com.

CALDWELL, Idaho (AP) — A former Oregon sheriff’s sergeant has pleaded guilty to having a sexual relationship with a 15-year-old Idaho boy he met through a dating app. KTVB-TV in Boise says 46-year-old Michael Alexander […]

BOISE, Idaho (AP) — Boise Police Chief Bill Bones has given the all-clear following an officer-involved shooting at a popular hiking and biking trail in the Boise foothills and after police found the suspect dead. […]