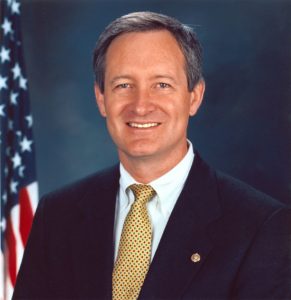 He joined Neal Larson on KID Newsradio to talk about immigration reform and the outlook for the 2018 session of Congress.

As the debate surrounding the controversial FISA memo continues, Democrats are weighing how much information they want to release in their own version of the Republican memo, something that Senator Crapo says is a responsible move for the party.

“The fact is if there’s too much sensitive information in it, it needs to be redacted,” Senator Mike Crapo (R-Idaho) told KID Newsradio. “I think that would be a very simple and responsible thing for the democrats to do, to submit it to the appropriate intelligence committee authorities and have them redact those parts that are frankly not revealing, you know, not revealable at this point under our law.”

But, that doesn’t mean Senator Crapo isn’t struggling with other decisions Democrats are making. The Idaho Senator is quick to note it’s largely Democrats preventing progress on federal budget discussions.

“It’s a little bit frustrating to many of us because, you’ll recall a week or two ago the Democrat caucus mostly locked up and stopped us from being able to move forward with the continuing resolution to keep the government operational, because they wanted to do a DACA debate…and to vote on bills.  We promised that we would do that, so they agreed and went ahead and opened up the government. Monday, we moved, or tried to move to the DACA bill, but so far, we have literally been blocked in bringing up any votes.”

Those blockages by Democrats won’t stop the Republicans from continuing to find a resolution, Senator Crapo says, but the current behavior of many Democrats is discouraging. It’s been years, maybe even decades, the senator says, since Congress has done all the appropriations bills seperately.

“There is a goal we have set and we’re getting some cooperation from the Democrats,” Senator Crapo said. “Our hope is that we will work and create another omnibus bill which at least will be appropriations bills rather than just C.R.’s.”

FISA memos and federal budgets aren’t the only things on Senator Crapo’s mind though. A recent news article criticized Senator Crapo’s support of President Donald Trump, but Senator Crapo says the failed to acknowledge key points in the politician’s history of voicing opinion about the president.

“What they missed failed to pointed out is when I was critical of President Trump during the campaign, I made it very clear in the very same statement that I would not support Hilary Clinton and that if we ended up with President Trump winning the election, then I would support his agenda, because I believed in his agenda,” Senator Crapo said. “I actually believe his agenda is very strong.”

Senator Jim Risch (R-ID) was elected to the United States Senate in November of 2008, after serving as Idaho State senator, lieutenant governor and governor. Sen. Risch serves on five Senate committees, include the Select […]

Senator Jim Risch (R-ID) was elected to the United States Senate in November of 2008, after serving as Idaho State senator, lieutenant governor and governor. Sen. […]