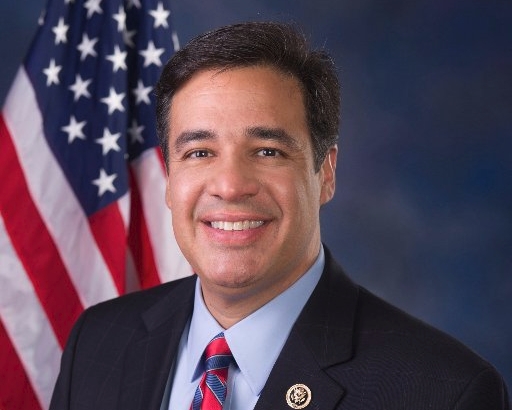 U.S. Representative Raul Labrador (R-Idaho) has served in the United States House of Representatives since 2010. He’s a founding member of the Freedom Caucus in Washington and is running for Idaho’s governor. He spoke to Neal Larson and Cala Curtis on KID Newsradio about his run for governor and his visit to Idaho Falls.

IDAHO FALLS — In reflecting on the past year, U.S. Representative and Idaho gubernatorial candidate Raul Labrador says a great deal of good things have come to and will continue to come to Idaho.

One of those advantages comes in the latest tax bill, Rep. Labrador says.

“Every Idahoan will have more money in their pockets,” U.S. Representative Raul Labrador told KID Newsradio.

Rep. Labrador cited a recent report by CBS in which three households who believed the new tax bill would leave them with less money, learned they would actually find more money coming into their homes.

“They were surprised to find out that every one of them was going to have money in their pocket,” Rep. Labrador said. “I think that’s really important.”

But, the latest tax bill isn’t the only good thing to trickle down to Idaho from federal actions. Rep. Labrador says as the federal government has loosed and removed regulations, the business environment in Idaho is in a even great position to thrive.

“When you talk to Idaho businesses and they tell you they have a better relationship with the federal government, now they feel that they can call their federal agencies, they’re federal administrators and they can get better results when they’re getting those phone calls, that government is starting to be a partner with them and not an antagonist with them, I think those things are really important,” Rep. Labrador said.

Rep. Labrador said the progress didn’t stop there. Last year he says he was able to pass a bill aimed at better helping veterans and it all started with an Idahoan couple.

“The family of Shauna Hill,  the young lady that passed away when she was still a young lady, the money that she had from her father that was going into her college admissions according to the law could not be passed on to her sister,” Rep. Labrador said. “Her family came to my office and they asked if we could do something to fix that.”

Now, Rep. Labrador says, thanks to legislation passed in September, families can transfer their GI benefits to their spouses and dependents.

Rep. Labrador also took a moment to offer a tribute to President Monson after the LDS Church President passed away Tuesday, January 2.

“I always remember how he focused on the individual,” Rep. Labrador said. “I think that’s something that maybe we can all consider at this time. Focus on the individual. Reach out and serve those people in our community, in our midst, that who could use maybe an encouraging word.”

BOISE, Idaho (AP) — The fight to provide basic health services to Idaho’s neediest residents has moved to the Senate. Earlier this week, Rep. Fred Wood pulled back a $10 million plan to provide primary […]