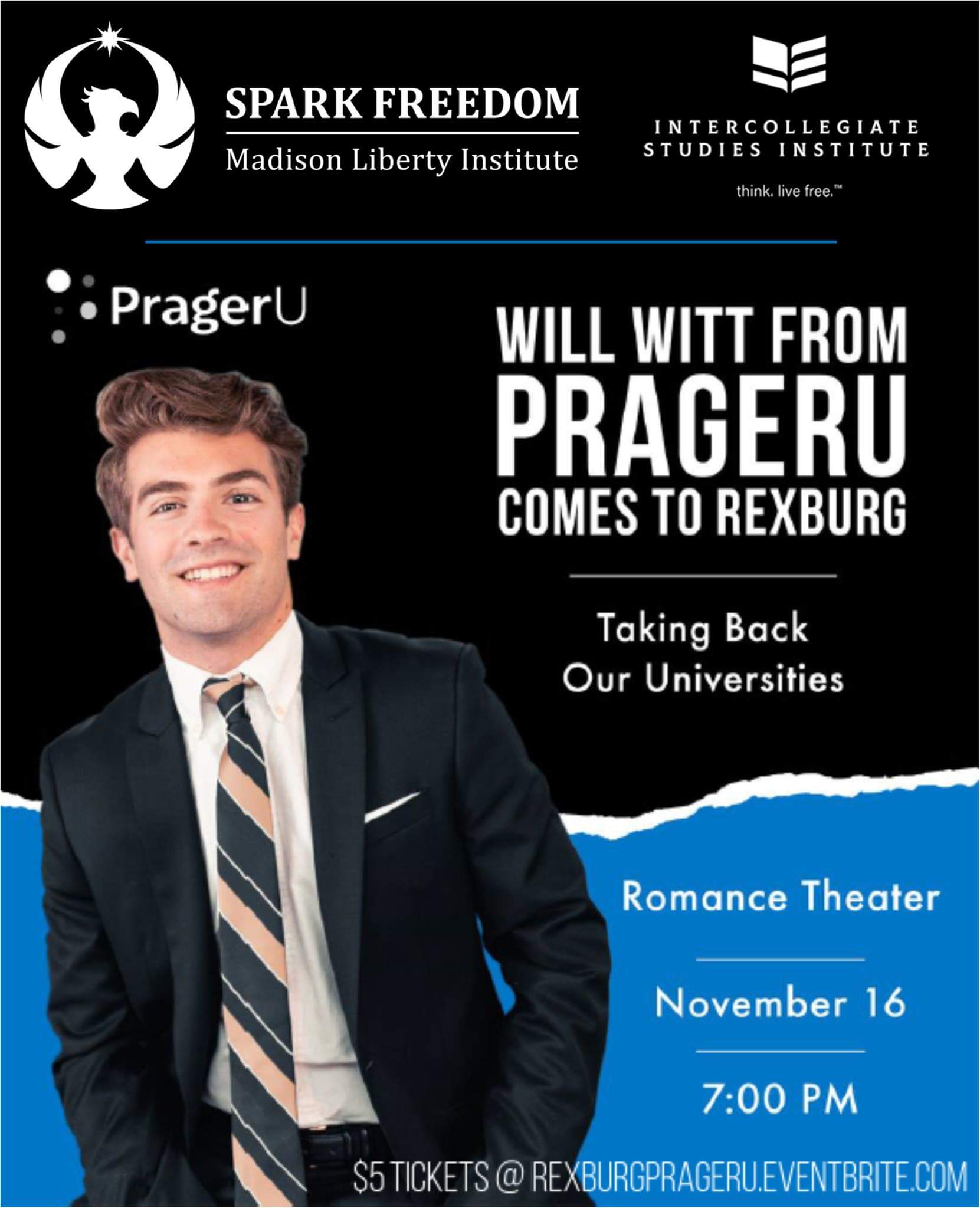 Listen to KID NewsRadio’s full interview with Will Witt

IDAHO FALLS, Idaho — Colleges and universities have become a heated battleground for politics and culture in recent years, and PragerU social media influencer Will Witt says it’s time for conservatives to stand up in their communities and campuses.

“Being in Idaho… with a lot of conservative voices there, it sometimes a little difficult to realize that the rest of the world is kind of going on,” Will Witt told KID NewsRadio. “I live in Los Angeles and Hollywood, and the leftism here, what’s going on here is absolutely terrible, and if conservatives don’t stand up and do something here and across the country, I mean the entire country is gonna look like San Francisco with homeless people and feces on the ground.”

But, Witt added, in cities where Democrats maintain a political stronghold there is a quiet population of conservatives who keep their political leanings tight-lipped to avoid backlash at work and at home.

“It’s all the time, it’s every single day,” Witt said. “There are people, you know, messaging me on social media, emailing PragerU and saying, ‘You know, I live in California, I live in New York and I can’t tell anyone that I’m a conservative because I could lose my job. I’ll be ousted.’ So yes, I mean, that happens all the time and it’s really sad because in California there are so many conservative people here that people just don’t realize and that we could do so much good for the state and really try and change things, turn things around. But, they feel like there’s no hope or that there’s nothing they can do so they don’t do anything. So, that’s like a huge reason of why California is now the way it is because they feel like there’s no hope and they can’t do anything.”

There is hope for conservatives though, Witt said, and on Friday, November 16 he hopes to convey that message to east Idahoans.

“It’s up to conservatives to stand up and fight against it,” Witt said. “So, that’s gonna be a lot of what I’m talking about…and how to fight back on college campuses especially.”

Full details on how to attend Witt’s event in Rexburg can be found here.

IDAHO FALLS, Idaho – A statewide, smear flier aimed at Lt. Governor candidate Steve Yates is finding its roots in east Idaho after a political activist admitted to forwarding an email from her now-deceased mother’s […]

BOISE, Idaho (AP) — A new rule approved by Idaho lawmakers loosens restrictions for prospective officers who have used marijuana in the past. The Spokesman-Review reports that under the rule approved by the Senate Judiciary […]