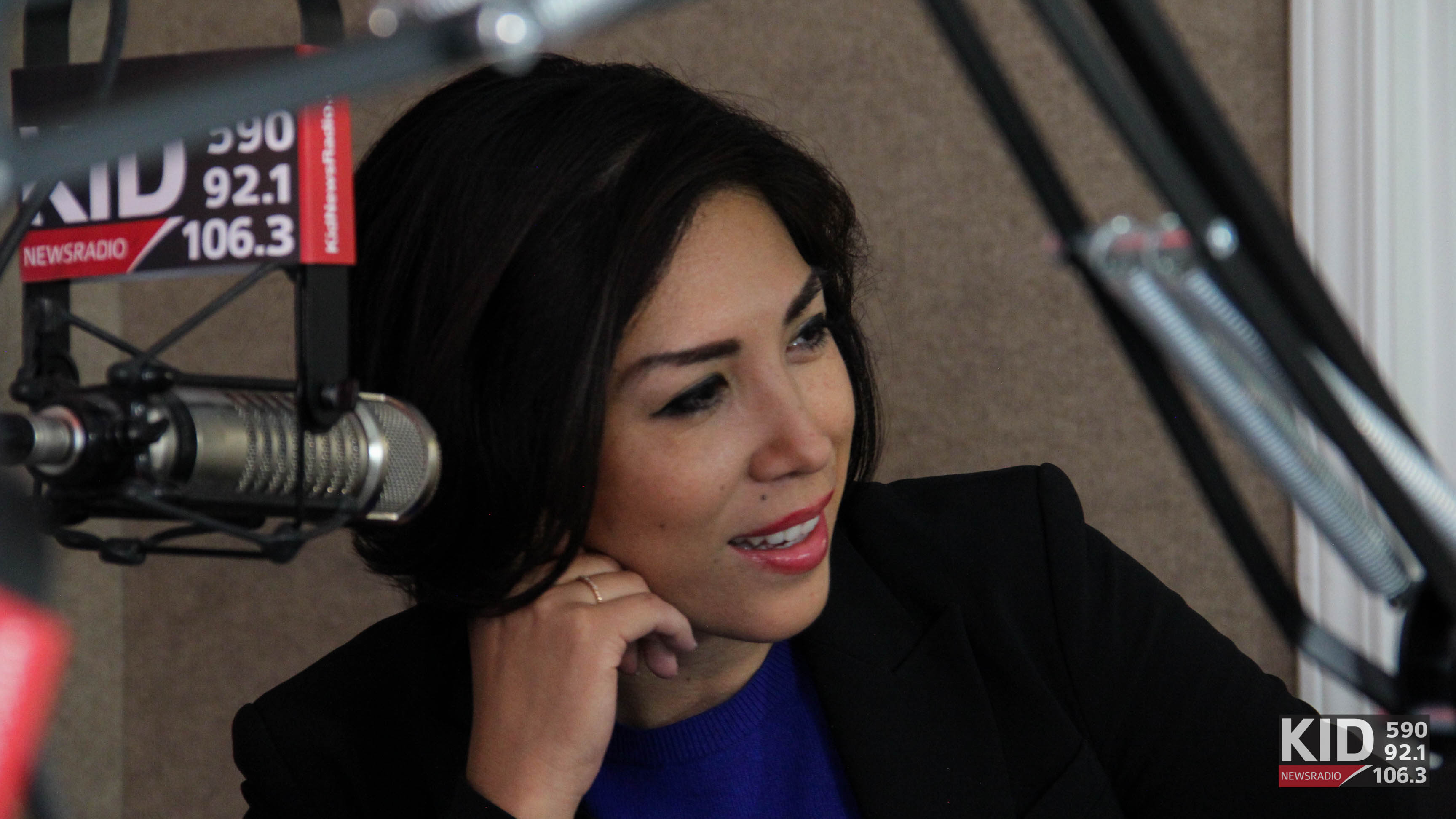 IDAHO FALLS, Idaho — Election day is drawing closer and with it is a governor’s race that’s captured the attention of the state, and the nation.

Democratic gubernatorial candidate Paulette Jordan is running against Republican candidate and current Lieutenant Governor Brad Little for Idaho’s top seat. But, it’s policy and potential that has many national media outlets talking since Jordan could become not only the state’s first female governor, but also the nation’s first Native American governor. In a recent meeting with the Idaho Falls City Club, Jordan emphasized the historic significance of the her bid for governor in response to questions about changes in her campaign staff.

“These sorts of questions I think come with the double standard of being the first of anything, first woman in our state, which is wholly our responsibility to make happen,” Paulette Jordan said at the luncheon.

Jordan told KID NewsRadio the comment was not intended to implicate voters had the responsibility to elect Idaho’s first female governor or the nation’s first Native American governor, but rather was supposed to remind people to elect good leaders on November 6.

“Whether I’m a man or a woman…elect a leader, someone who is not going to be more of the same, who’s not going to be a follower, who’s not going to allow the corporations to continue to have their say and then drive their politics into our lives,” Paulette Jordan told KID NewsRadio. “As someone who is very independent, more libertarian leaning, this is why it’s important for them to understand what the issues are, what’s at play, what’s happening in a current state house, so that they feel a part of their government again.”

Questions have also swirled across social media and even in some debates about Jordan’s stance on gun control. During a rally in Boise earlier this year, Jordan is heard telling a crowd, “I hope you will help bring about laws that mandate and licensing as a required part of gun ownership.”

During a debate with KTVB in May, Jordan responded to a question from reporter Joe Parris about the place semi-automatic rifles have in Idaho by saying, “It doesn’t have a place here in Idaho, but I’m not for taking people’s guns away who have been responsible gun owners.”

In another debate with Idaho Public Television, Jordan said she was referring to bump stocks when she’d answered the question in the KTVB debate and continued to say in her interview with KID NewsRadio she firmly believes in second amendment rights, but supports comprehensive background checks.

“It’s basically just for comprehensive background checks because right now in rural parts of Idaho we’re not seeing that, and this

is a frustration of my own constituents who have brought this up and this is why I’m going to ensure we have comprehensive background checks,” Jordan said. “But, this is an issue for everybody, whether you’re a gun owner or not.”

Along the campaign trail, Jordan has continually stated she see’s herself as a progressive conservative and said she finds herself leaning politically libertarian when it comes to fiscal responsibility and increasing control at the local level. However, Jordan said she chose to run as a Democrat because she didn’t see Republicans doing what she believes the people need.

“The Democratic Party is very open and when I first decided to run, you know, you have to check a box for an R or D, I didn’t see the Republican party as being a party that was loyal to the people,” Jordan said. “You know, where I come from they were not only against the conservation of our environment, our lands, but there are even some troubles with how they saw the rest of our people and it wasn’t about justice for all and equality, which is what I firmly believe in and whether it’s in our taxes or you know, how we treat our neighbors. this is why I think that this is the time and place for us to step up as leaders because we’re not seeing justice for all or equality for everyone.”

With less than two weeks to go before the general election on Tuesday, November 6, Jordan said she hopes people realize she does reach across the aisle,  especially when it comes to representing Idahoans.

“The people may think that you run under one party, you’re only representing one party,” Jordan said. “No, I am here to represent everybody.”

IDAHO FALLS, Idaho — An Idaho legislator is defending his decision to hold a bill in committee, effectively preventing the bill from advancing in the Idaho State Legislature. House Bill 444, often referred to as […]

Listen to KID Newsradio’s full interview with Senator Tony Potts http://www.richbroadcasting.com/kidpodcast/NLS/KIDTonyPotts05102018.mp3 IDAHO FALLS, Idaho — With less than a week away from the Idaho primary elections, things are heating up in the race for Idaho […]