Lieutenant Chris Whittick works with the Idaho State Police. He spoke with Neal Larson on KID Newsradio about how law enforcement plan to deal with the eclipse’s thousands of visitors and what agencies across the state are doing to help local law enforcement.

IDAHO FALLS, Idaho — Troopers from across the state are coming to southeast Idaho to help handle the influx of estimated hundreds of thousands of people for the eclipse on August 21.

Whittick says the officer’s main concerns will be maintaining the flow of traffic, but that doesn’t mean troopers won’t pull people over for violations.

“If we get a drunk driver or we get somebody that really needs to be for some reason, taken into custody or cited, I’ve told my troopers, I have no problem during this event, doing that type of stuff,” Whittick said.

Still, Whittick says law enforcement stationed on the interstates and highways are focused on making sure traffic moves smoothly and as quickly as possible. He says it doesn’t take much to bring traffic to screeching halt and working for what he calls, “quick clearance,” of traffic accidents  will be top priority in the event of an incident.

The Great American Eclipse happens to fall right in the middle of what the state police call, “the 100 deadliest days of driving,” but Whittick says there are simple remedies for lowering the risk of injury or death in an accident during the eclipse. 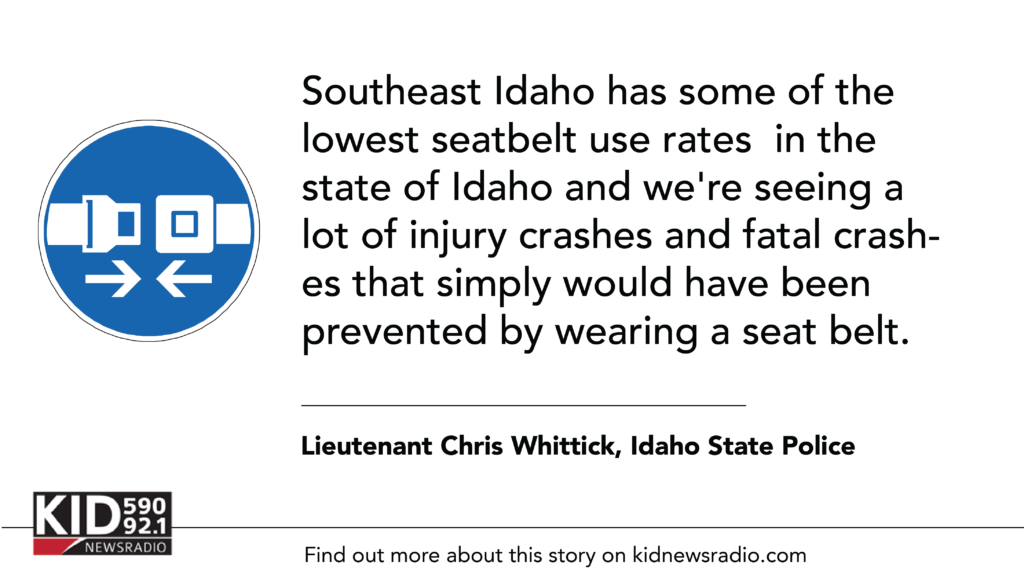 “Southeast Idaho has some of the lowest seatbelt use rates  in the state of Idaho and we’re seeing a lot of injury crashes and fatal crashes that simply would have been prevented by wearing a seat belt,” Whittick said. “This is a perfect time to talk about that.”

Traffic is expected to be slow as hundreds of thousands of people descend on southeast Idaho for the eclipse. Above all, Whittick says it’s up to every driver, visitor and local to prevent things from escalating no matter what the scenario.

BOISE, Idaho (AP) — Gov. C.L. “Butch” Otter has vetoed a bill that would have required Idaho sign language interpreters to get a state license. The plan aimed to stop unqualified interpreters from causing miscommunications in important situations, like […]