IDAHO FALLS, Idaho –The race for Idaho’s top seat is tightening with less than a month away from the primary election on May 15.

“We have a very spirited primary race, which we haven’t seen in the last forty years,” Chuck Malloy, writer for Idaho Politics Weekly, told KID Newsradio. “

Among the most interesting characteristics of this year’s race include the deviation from the typical rise of an “anointed candidate,” Malloy said. In previous elections, Lieutenant Governor and gubernatorial candidate Brad Little would have a clear shot at the governor’s seat, but this election season is proving to be a formidable battle for every candidate.

The climate in the race has been heating up too. After Congressman Raul Labrador held a press conference denouncing campaign ads from a pro-Ahlquist PAC as outright falsehood, the proverbial mudslinging among candidates has only increased. But, Malloy said Labrador’s response unique in that it doesn’t match the kind of political legacy Labrador campaigned on when he got elected to Congress.

“Labrador has never been about wanting to sponsor more bills and pass more laws,” Malloy said. “He wanted to go and shake up Washington and he’s done that to a large extent, but instead, he is presenting a laundry list of bills that he has sponsored. None of which are legacy producing things and I don’t know if he’s gonna to pay the price for that, but it’s a surprising response. He could have gone on the offense with that response rather than the defense.”

Still, Malloy said each candidate has their own strengths and weaknesses to overcome and it’s still anyone’s win.

“In Brad Little’s case, he’s the so called ‘establishment’ candidate,” Malloy said. “You know, former governors and most of the long time politicians are backing Brad Little and well, that could be a blessing or a curse in an election, but that’s where his strength is with the establishment.” 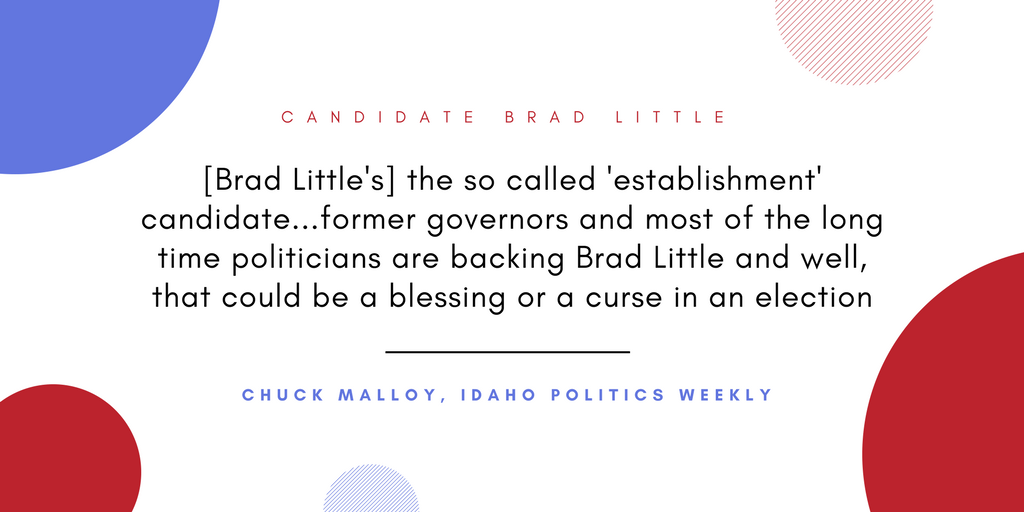 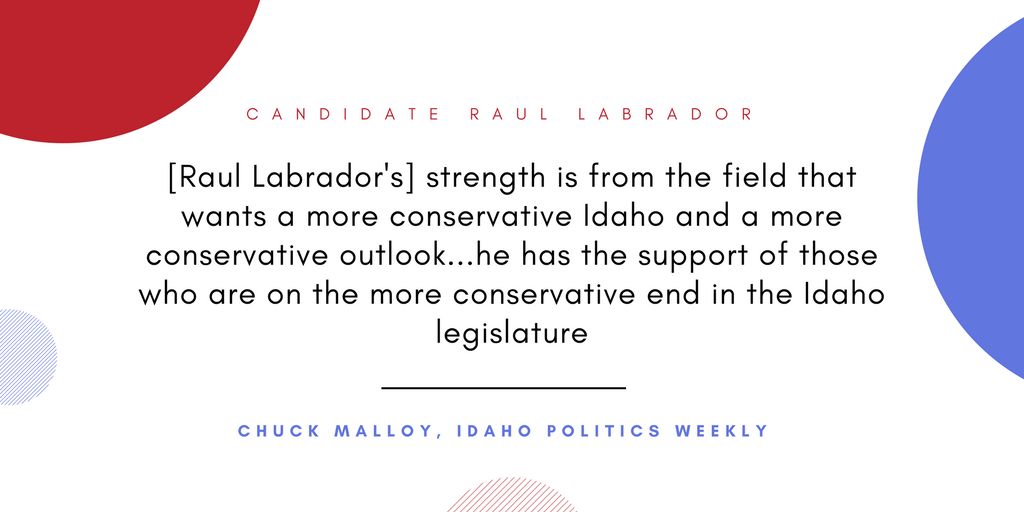 “Tommy Ahlquist doesn’t have the backing of either specific political group , but he’s trying to win over the public that does not want an established politician in office and he’s spending a lot of money on advertising,” Malloy said. “So again, candidates have their strengths and all candidates have their weaknesses. How this turns out on May 15, I don’t know.” 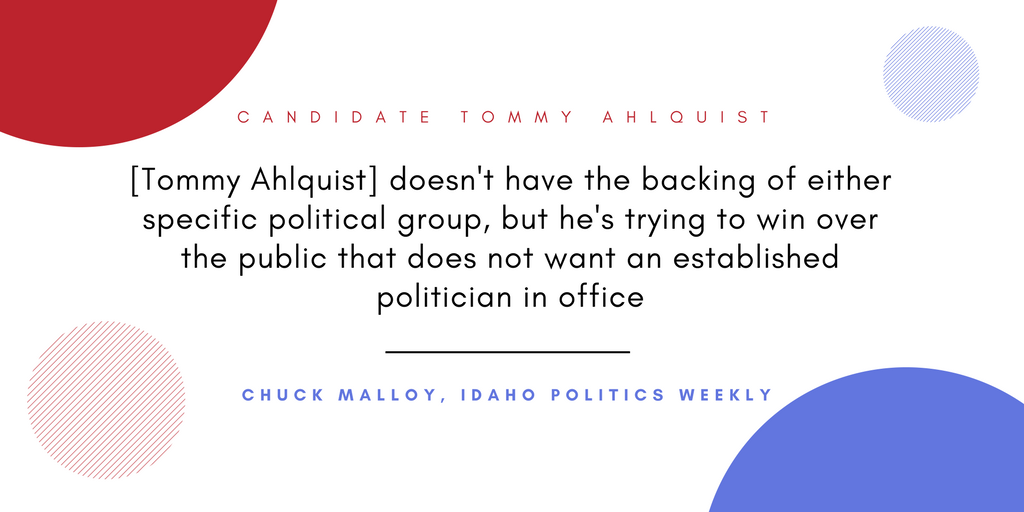 But, the gubernatorial race isn’t just a Republican one. Democrats Paulette Jordan and A.J. Balukoff are engaged in their own battle for voters.

“I tell you what, that’s a real, real wild card because if view think that the percentage [of voter turnout] is going to be low on the Republican side, it’s even going to be lower on the Democratic side,” Malloy said. “A.J. Balukoff, he is a person who has been there and done that as far as running for governor. He willing to spend a lot of money, but Paulette Jordan seems to have a following too…I’ve heard a lot of people say that they think Paulette that has as a heck of a chance in that race and that’s probably true. But, also Balukoff has the heck of a chance too.”

The primary election is set for May 15.

Idaho’s unemployment rates fell to 3.4 percent during the month of April. “Idaho’s labor force – the number of people working or looking for work – dropped by 2,500, the second consecutive decline after 48 […]