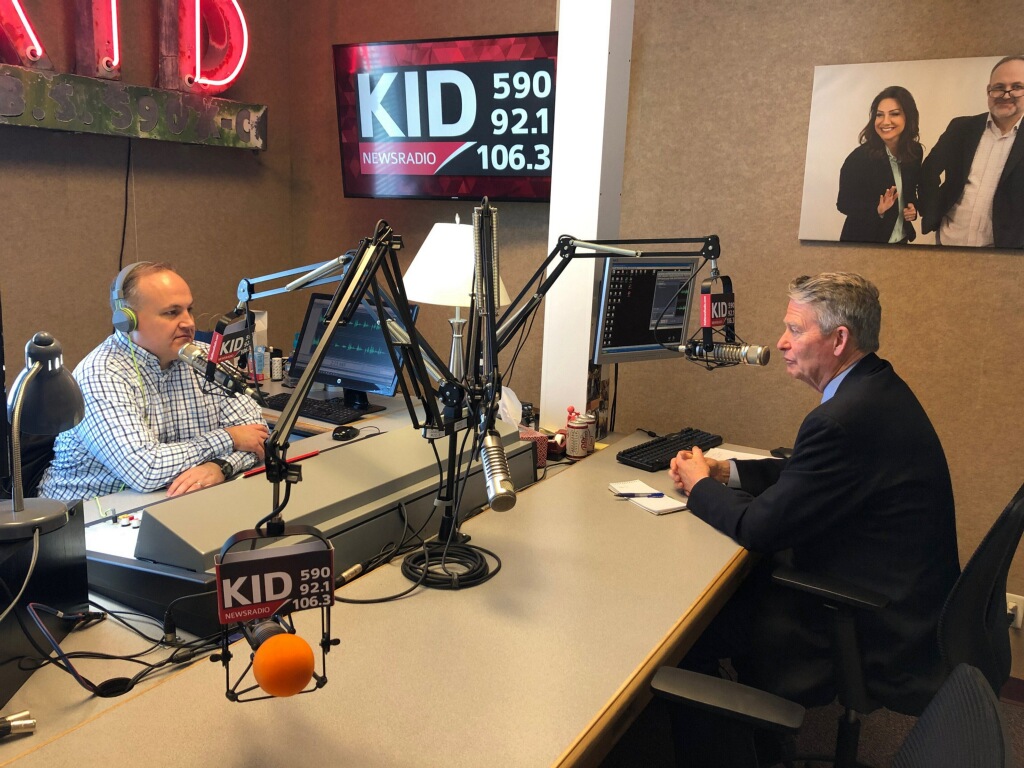 Little told KID NewsRadio his first few weeks in Idaho’s top seat has been marked by an effort to help Idahoans better anticipate changes in their tax withholdings before filing day arrives.

“New tax laws have changed the calculation for income taxes withheld from your paycheck,” according to the Idaho State Tax Commission. “If you don’t withhold enough tax, you could have an unexpected tax bill when you file your tax return for 2018, 2019 and future years.”

With many companies preparing to send out tax documentation, informing Idahoans has been the highest on the governor’s to-do list.

“I have really asked the Tax Commission to get out, to be proactive, so people aren’t surprised,” Little said. “We believe the cash will be there…we believe it will be there on April 15, but it might be later because people…they’re not planning on it and that’s unfortunate because people expect the rules to be such and the fact that we changed them, we changed them for their benefit, but they didn’t adjust their withholding and that’s what we’re working on.”

In response to Little’s request to better educate the public about the newest changes in tax filings, the Idaho Tax Commission has launched the first Idaho-specific W-4 form to help tax payers calculate their new withholdings.

The Tax Commission launched the first Idaho-specific W-4 form today to help taxpayers more easily calculate how much state income tax should be withheld from their paychecks: https://t.co/CJBQpG2wp0 pic.twitter.com/udTH9QQGe6

“While the federal W-4 form is still needed for calculating federal withholding, the Idaho W-4 is a shorter, simpler and far more accurate way of determining your Idaho withholding,”  Ken Roberts, Tax Commission Chairman, said. “We hope it encourages more taxpayers to update their W-4 and avoid unexpected tax bills.”

The battle surrounding Medicaid expansion also sits on the horizon for Governor Little. After Idahoans voted in favor of expanding the program to give people in the healthcare coverage gap insurance, court challenges and financial worries have ridden the coat tails of the voter-initiative.

Little said his goal is to implement the initiative and give people an opportunity to shift from federal health insurance to the Idaho exchange or private insurance when their situation improves.

Talk of potentially attaching work requirements to the new healthcare coverage option has also stirred some controversy. Little said he wants to make sure a work requirement doesn’t disincentivize people who truly need insurance from signing up, but said he also wants to create an easy pathway off of federal insurance should they find themselves in better circumstances down the road.

“There’s a lot of different way to address the work requirement and I am more than willing to work with the legislature and the Department of Health and Welfare to say which one works the best,” Little said. “I’m not against work requirement. I want the work requirement to work, for lack of a better word, to where it’s the right incentive, that there isn’t too much bureaucracy.”

Education spending is also coming under scrutiny as the legislature decides if it will approve Little’s proposed increase in spending for education. During his State of the State address, Little told Idahoans he wants to channel more money into the state’s literacy programs.

“If we’re going to spend 64 percent of our money on education, why would you not want to have all the kids reading proficiently before you start pouring all that money into them,” Little said. “To put extra resources in to getting as many of the kids as possible reading proficiently at the end of the third grade, helps the very best student and the very worst student.”

Idaho recently set a statewide standard for reading proficiency, and Little said that standard can now focus and direct how the proposed spending increase can be best used in Idaho’s literacy programs.

“If we use that as our database and say, ‘Here’s where we are,’ and we want to decrease substantially the number of kids that aren’t reading proficiently, I want to give resources to those schools,” Little said.

But, not every school or student population is on the same playing field and each has its own struggles and challenges when it comes to best helping Idaho kids. In 2018, general Idaho student reading scores dropped after the state implemented a new exam, but not every grade or every school saw this trend.

“That’s why I want to make some resources available and the trustees and the superintendent, and the teachers pick whatever option they think works best to get those kids reading because for a solution to come from Boise isn’t applicable to both Rexburg and some of these other communities that have a much tougher clientele.”

Listen to KID NewsRadio’s full interview with Idaho Legislative District 8B Representative Dorothy Moon http://www.richbroadcasting.com/kidpodcast/NLS/KIDDorothyMoon12112018FINAL%202.mp3 IDAHO FALLS, Idaho — Land in the Salmon-Challis National Forest is causing quite a bit of concern for lawmakers and […]

IDAHO FALLS, Idaho — Seventeen bright, little faces crowded in KID NewsRadio’s studio on Wednesday, November 14. The children are on tour throughout the Pacific Northwest with the decades old African Children’s Choir. “The organization […]

BOISE, Idaho (AP) — A bill that would ban Idaho’s slot-like instant horse racing machines has passed the House and is on its way to the governor’s desk. After two hours of discussion in the chamber, the House voted […]