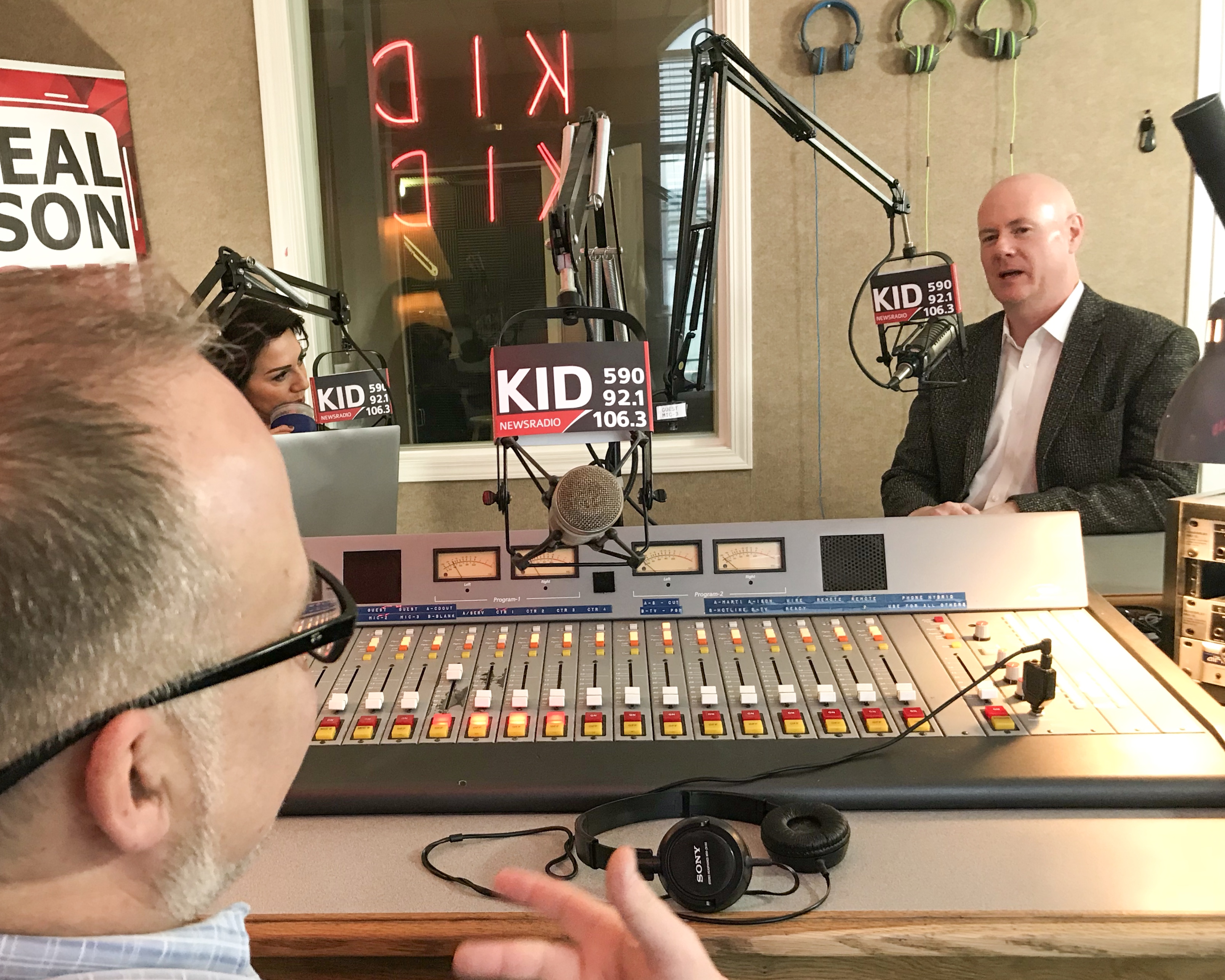 Neal Larson and Julie Mason interview former Idaho GOP chairman and candidate for lieutenant governor, Steve Yates about his plans if elected
IDAHO FALLS, Idaho — Former Idaho GOP Chairman Steve Yates outlined his plans if elected to the lieutenant governor’s seat as his campaign marches toward the primary election.
At the top of Yates’ list, he said, is Idaho’s approach to educating it’s students.
“There are some things in education I care a great deal about,” Steve Yates, former Idaho GOP chairman and candidate for Idaho Lieutenant Governor, told KID Newsradio. “What I consider the mission that I’m most passionate about is trying to see that our kids can get through the process without crippling debt and with jobs ready to receive them.”
Yates says his strategy to achieve that goal is through focusing on how secondary education prepares students for real world experiences.
“I think that we need to be advocating a more hybrid, blended approach education from the K-12 through the post secondary that says, look at vocational technical skills, look at some of the liberal arts kinds of tracks,” Yates said. “But, if you’ve got someone that’s on track for one of these professions, say they’re going graduate with a degree and they’re the world’s best major in English literature from the 19th century. It would be awesome if they also got some kind of an apprenticeship as a nurse’s assistant, a web designer, maybe even a plumber, because my guess is that awesome liberal arts degree is not going to pay you enough to be able to afford that plumber to come on a weekend and get an hour really rate like an attorney to fix things in your house. So we have to have a blended approach to encouraging these skills.”
Creating that blended approach begins with advocating for what Yates calls, “lower cost options.” Community colleges, for example, marry traditional workplace skills and vocational training to create a well-rounded education.
On a general level, Yates acknowledges the lieutenant governor’s race and the campaign for lieutenant governor, is different than other state political offices. The second highest seat in Idaho is often molded to the person holding it, as they determine what their primary role will be.
“As I was stepping down as state chairman and I was contemplating next steps and I was exploring was this a good idea or a bad idea, I talked with all of the former lieutenant governors that were available,” Yates said. “Several of these men said, the job really is what you bring to it.”
Yates says what he brings to the job is a unique resume, one that pushes him to want to take on what he calls the “traditional role” of lieutenant governor.
“I’d be really motivated to do somewhat the traditional role of Lieutenant Governor of advocating trade, investment and economic development opportunities for the state,” Yates said. “I’ve just been blessed to have some of the leaders of Idaho’s major trade partners as people who know me by first name because we’ve been on the opposite sides of negotiating cable whether I was in the White House or traveling on behalf of the Heritage Foundation or others.”
And as the primary’s inch closer, Yates says he’s views his bid for lieutenant governor as a challenge, one’s he’s willing to meet.
“I went in knowing that it’s a challenge to try to get to every region and to try to reach out to as many people as you can as a former chairman I have to live with the sad reality that not every Republican and Idaho attends a Republican meeting and would know who the chairman is,” Yates said. “So you have to try to reach beyond the audience that you’ve had and grow and it’s a hard challenge, but a fun challenge.”

IDAHO FALLS, Idaho — With the primaries right around the corner, KID Newsradio continues to speak with candidates about their positions on the issues. Here’s a round up of all the interviews we’ve done or […]