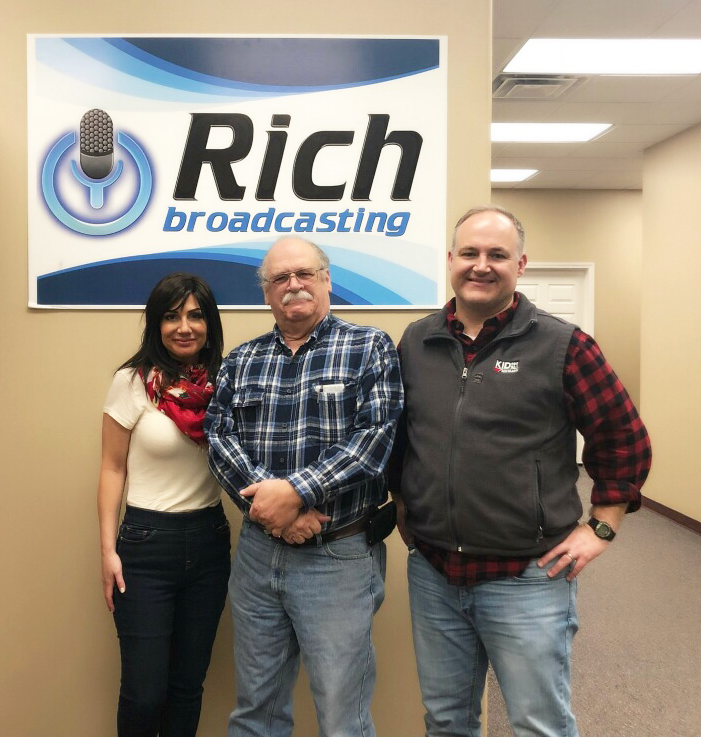 Listen to Steve Cannon reflect on his 42 year career

IDAHO FALLS, Idaho ー After over 40 years in weather broadcasting, KIDK Eyewitness News 3 meteorologist Steve Cannon will be signing off for the last time on Friday, March 1.

“I have been unbelievably fortunate, fortunate beyond my wildest dream,” Steve Cannon told KID NewsRadio. “The community has given me a career. They’ve given me a place to raise my children. They raised me, they raised my parents, my in-laws, and so to be able to give back, even just a touch of what I have received, is why I stay.”

Cannon started his career in broadcast in 1970 on the radio.

“My first broadcast job was in September of 1970 and it was on the radio,” Cannon said. “Radio has always been my first love. Always.”

“I loved weather,” Cannon said. “I always have. I remember watching storms when I was in elementary school and I would tell the teacher, ‘It’s going to rain tomorrow,’…they’d come in and I’d be holding my umbrella after walking to school and she’d just look at me like, ‘You knew!'”

In the early days of his career, Cannon’s weather reporting looked much like a teacher would prepare a classroom chalk board for their students. Each night Cannon had to use several dry erase markers to hand write the forecasts on a giant plexiglass board and draw the diagrams now easily generated by computers.

“I’d put the temperature’s up in black, high pressure systems up in red, low pressure systems in blue, the weather symbols, thunderstorms, snow, this sort of thing, in different colors,” Cannon said. “When the weathercast was over, I would go into the kitchen with a roll of paper towels, get them damp, wipe all that off, dry the board and then start over.”

“The advances in the advances in our ability to collect, disseminate, and display the information is the difference between a pogo stick and a Rolls Royce,” Cannon said. “It’s come a long way.”

Although Cannon has enjoyed his decades long career, he told KID NewsRadio he looks forward to being able to dedicate all his time to his family and loved ones.

“There were so many events involving my family that I had to get up and leave,” Cannon said. “I can’t count all the meetings that I’ve had to either miss or get up and walk out of in the middle…all my children are grown, now I get to go see grandchildren, and spend time and that will be fun.”

As far as bigger plans and projects while in retirement, Cannon said he doesn’t know what he’ll do after he signs off for the last time.

Cannon said he is sure he’ll miss reporting the weather each night, but he’ll miss the viewers most of all.

“It’s the people who you interact with,” Cannon said. “I go to get groceries and people stop and ask about the weather. I go to the doctor’s office and they don’t ask ‘How are you, how are you feeling,’ they say, ‘What about the weather,”… I’ll visit with them till the cows come home because it’s fun.”

BOISE, Idaho (AP) — An Idaho Senate panel has advanced a proposal changing the state’s process for special congressional elections. To date, Idaho has never held an election when an Idaho member of Congress […]

BOISE, Idaho (AP) — The Idaho Department of Motor Vehicles is no longer allowing people to flash a big grin when they get their picture taken for a new driver’s license. DMV spokesman Jake Melder […]