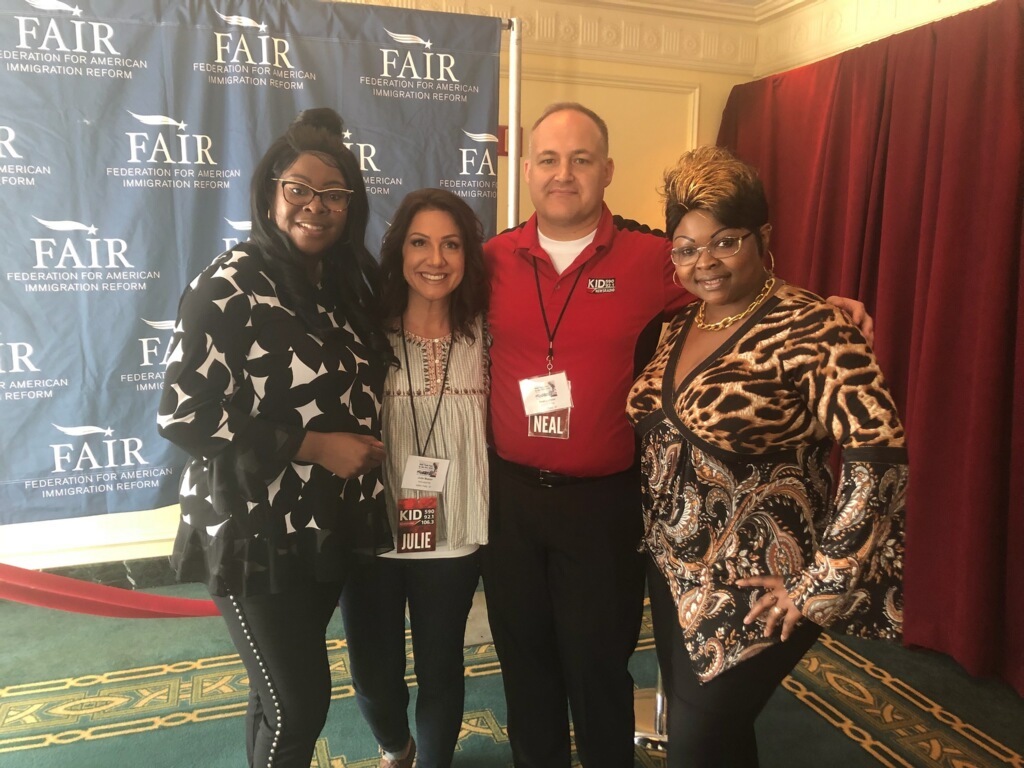 WASHINGTON D.C. — Conservative personalities Diamond and Silk spoke with KID NewsRadio during the Hold Their Feet To The First broadcasting in Washington D.C. on Thursday, September 6.

One of those areas of the swamp, Diamond said, is the heated national debate on immigration reform. As Republicans and Democrats spar over border security, family separation at the border and other implications of the current immigration system, both Diamond and Silk say it’s important to hold Congress accountable – now more than ever.”

“We have these people that’s been in office for all of these years, they haven’t pushed one piece of legislation to help the American people,” Diamond said. “It’s time to hold our Congress accountable. We are critical and we can be critical because we pay you…We pay you. That’s our tax dollars. So, as long as we paying you, we going to be critical.”

Congress isn’t the only place the duo have their eye on. Since 2014 Diamond and Silk have supported then candidate Donald Trump and say they’re proud to say they’ve been with the now president from the beginning.

“Baby, we are Republicans,” Diamond said. “We voted for this man because he was a businessman. He was not a career politician and we love that,” Diamond said, as Silk added, “I guess you could say we’re ‘Trumplicans’.”

The road for Diamond and Silk hasn’t been easy though. Both say they’ve experienced censorship on social media platforms like Facebook and are tired of facing discrimination and suppression as conservatives.

“Instead of them lynching with a noose, now their lynching people with algorithms by choking their platforms death,” Diamond said. “Well, one door closes, a big old window is going to open and no man to be able to shut it, not even Mark Zuckerberg, and if Facebook, they will be the face without the book and a book without the page,” Diamond said. “They’re going to have to stop discriminating against us based on the color of our politics,” Silk added.

SALT LAKE CITY — Funeral services for President Thomas S. Monson, the leader of The Church of Jesus Christ of Latter-day Saints, will be held on Friday, January 12. Church officials say the services will […]

Neal and Julie criticize President Donald Trump’s “outhouse” talk in comments where he used profanity to describe Haitian and African countries. They dissect the Deferred Action for Child Arrivals (DACA) program and discuss the building […]

Congressman Raul Labrador is one of several candidates running for Idaho governor. He joined Neal Larson and Julie Mason on KID Newsradio to talk about recent claims against him in attack ads, his stance on […]