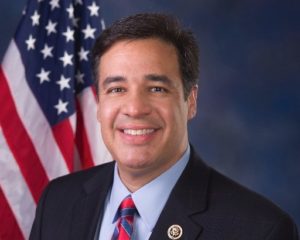 U.S. Congressman Raul Labrador currently serves as a U.S. Congressman for Idaho. In 2015 he helped found the House Freedom Caucus and is now running for governor in the state of Idaho. Labrador joined Neal Larson and Julie Mason on KID Newsradio to weigh in on President Donald Trump’s first State of the Union, the recently released FISA memo and what he thinks the future holds for more insight into government corruption.

IDAHO FALLS, Idaho — The feeling in Washington D.C. is a little tense as the release of the contreversial FISA memo and newly released anti-Trump text message between FBI agents loom over the nation’s capitol.

“It’s pretty hot right now,” Congressman Raul Labrador (R-Idaho) told KID Newsradio. “You know, the Democrats spent the last year and a half telling us there was a collusion between Trump and the Russians and we haven’t seen any evidence of that…but, now we’re finding that there was collusion. But, the collusion was between the Democratic party and the highest agents, you know, the highest people in power at the agencies that control, you know, our law enforcement and our security in the United States.”

These revelations haven’t come just as a result of the highly contreversial four page FISA memo detailing alleged funding from the Democratic party to spy on then candidate-Donald Trump’s campaign, but also in recently released apparent anti-Trump text messages between FBI agents prior to President Donald Trump’s election.

“I’m not talking about the rank and file members,” Labrador said. “You know, the rank and file officers in the FBI and the rank and file CIA agents, they’re some of the best people in the world. These are the political appointees that decided that they wanted to interfere in the election because they didn’t like Trump. So, we’re starting to find more and more evidence of this and more information.”

Labrador says these latest developments have only emboldened his stance against using federal agencies to “spy on U.S. citizens…regardless of politics.”

Furthermore, Labrador believes that the FISA memo released by Republicans and now the latest string of text messages revealing anti-Trump prejudice amongst federal law agents is just the tip of the iceberg.

“This first memo that we received is not the memo that’s going to end, you know, the Mueller investigation,” Labrador said. “This is just the first piece of evidence and I’m not sure we’re ever going to get to the point where the Mueller investigation’s going to end, you know, because of these memos. But, what we’re showing is that there was collusion between the Democratic operatives, the DOJ and the FBI and now we’re starting to find out the next piece of information is going to be about the Secretary of State and the State Department.”

Still, Labrador feels optimistic about the future especially given President Trump’s first State of the Union address, calling it, “the best speech he had ever given.”

“The speech was fantastic,” Labrador said. “I just thought he was powerful, the message was positive, the message was forward looking and something that I don’t think the media ever understood about President Trump during the campaign or even now, is that he always talks about ‘us,’ and ‘we,’ he doesn’t talk about ‘me,’ or ‘I.’ He’s always talking about how, what we can do together, how we can make America strong, we can make American great.”

Labrador will be in the region next week at a southeast Idaho Republican event.

IDAHO FALLS, Idaho — Tuesday, May 15 is primary election day and people across Idaho will head to the ballot box to cast their vote for both local and statewide races. Primary elections can be […]

Neal and Cala discuss POTUS race in Colorado and the possibility of a contested convention. http://www.richbroadcasting.com/kidpodcast/NLS/NLSPodcast04112016.mp3

With the news cycle exploding, Neal Larson covers the uranium deal with Russia, the Trump dossier, the JFK files being released and the range of sexual scandals in politics and entertainment. Neal and Julie debate […]