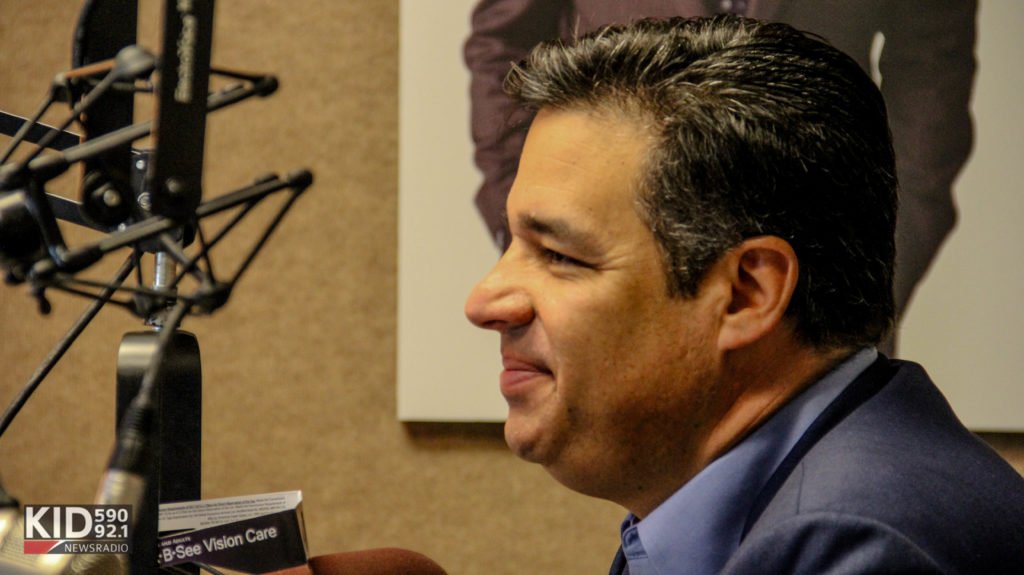 Congressman Raúl Labrador (R-Idaho) is running for the Idaho governor’s seat in the 2017 election. He’s served in the United State House of Representatives for seven years and served in the Idaho State Legislature for four years. He joined Neal Larson on KID Newsradio to talk about his work in Congress and the latest on his bid for the governor’s seat.

Liste to the full interview below:

IDAHO FALLS, Idaho — Congressman and gubernatorial hopeful Raúl Labrador is back in southeast Idaho as part of his campaign efforts, saying he hopes to convince Idahoans to vote for him in the upcoming Idaho governor’s race.

Some have contended they would prefer seeing Labrador stay in his Congressional seat in Washington to protect Idaho’s interests there, but Labrador disagrees.

“I’m running for governor because I have a vision for the state of Idaho,” Congressman Raúl Labrador told KID Newsradio. “I think that the state of Idaho is a great state that has lacked leadership at the executive level.”

Labrador says he wants to bring his leadership to the governor’s seat by working to close the rift between factions within his own party at the state level.

If elected, Labrador says he intends to focus on addressing Idaho’s relationship with Common Core education and the tax code.

“I think we need to have a brighter, a better Idaho, a brighter future for all of us and that can only happen if we put Idaho first and Idahoans first,” Labrador said.

The congressman is also working at the federal level as the U.S. House of Representatives and Senators work to repeal the Affordable Care Act. Labrador says it’s, “shameful,” Congress has not successfully repealed the current healthcare system, especially with the amount of control Republicans wield in both the Oval Office and Congress.

“We finally have the majority that we needed, we finally have the White House and it’s too difficult,” Labrador said. ” I think the future of our nation, rests on the states. It’s at the state level we’re going to save this nation, that’s what our Founding Father’s believed anyway.”

Labrador says after trying to “steer the Titanic away from the iceberg,” in Washington, he thinks it’s time to try steering from the state’s highest executive office.

[If elected,] my first goal is that I have to convince the legislature is that vision I have for Idaho, is one that we can all share.”

Chuck Malloy is a political writer for Idaho Politics Weekly and veteran journalist. Malloy joined Neal Larson on KID Newsradio to talk about the upcoming 2018 Idaho Legislative Session, the current gubernatorial campaigns throughout the […]

Neal Larson and Julie Mason interview JessiKa Jenson, a Rigby-native who just qualified for the 2018 Winter Olympics in South Korea. They talk about what it takes to prepare for the worldwide event and how […]

BOISE, Idaho (AP) — The Idaho Supreme Court has granted Gov. C.L. “Butch” Otter’s request to get involved in a lawsuit challenging how long he has to veto legislation. Otter’s attorneys had argued that the […]