Residents across the state of Idaho are going to the polls to vote for local issues Tuesday, May 16.

“The local issues are what people have more influence in or say in,” Tim Hurst, Chief Deputy for the Idaho Secretary of State, told KID Newsradio. “A former secretary of state used to always say that democracy is not a spectator sport, it is a participation event and if they want to have a say in what’s going on they need to go out and vote.”

Hurst says anyone can visit IdahoVotes.gov to see find their registration status and where they go to vote. Many elections, he says, have been decided by small margins.

Below are summaries of local issues in east Idaho:

Residents of Bonneville County will be voting on a whether or not to create a new taxing district, turning Eastern Idaho Techinical College (EITC) into a community college. For information about both sides of the issue, visit the links below:

• Community college debate heats up ahead of ballot vote

$5 million is on the table for the City of Blackfoot as voters consider the bond for renovations for the community’s swimming pool. The Idaho Standard Journal reports the bond for the 44-year-old swimming pool would allow the city to make the “needed mechanical, electrical and structural improvements recommended by design professionals, and add features for children.”

View information about the bond in the links below:

• Blackfoot pool bond up for vote next week (KIDK Channel 3) 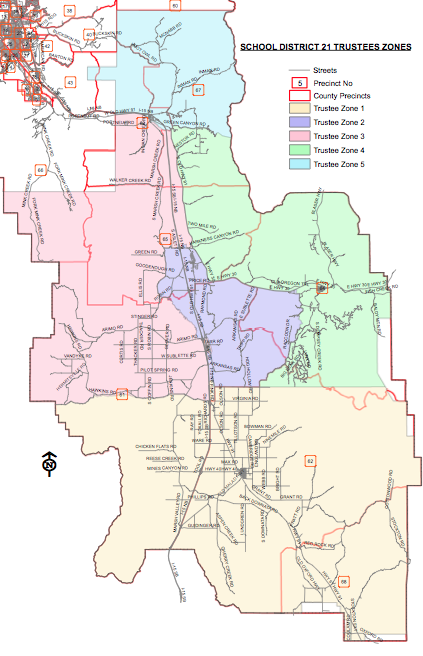 Bannock County residents will be voting for special district elections in four districts. The ballot is comprised of over 15 different candidates across eight districts.

View the full list of candidates and district maps below:

Other votes are taking place across the state and in local counties and cities, there are no state-wide issues on any ballots for the May 16 vote.

“There’s a number of issues, especially in eastern Idaho that if people want to have a say in it, need to get out and vote and participate,” Hurst said.

Hurst recommends residents talk to their county clerk’s office and local news media for information about local issues and ballots.

IDAHO FALLS – A 46-year-old Idaho Falls man is behind bars after police say he threatened a man with a knife. Brian T. Moore was arrested on Thursday after police received a report of a […]

CALDWELL, Idaho (AP) — A 33-year-old Boise woman died and a man and 3-year-old boy sustained injuries after all were ejected from a vehicle in a crash on Interstate 84 near Caldwell. Idaho State Police […]

Listen to KID NewsRadio’s full interview with Jeremy Johnson from the BBB IDAHO FALLS, Idaho — For many shoppers, a gift card can be the perfect solution to the question, “What do I get for […]