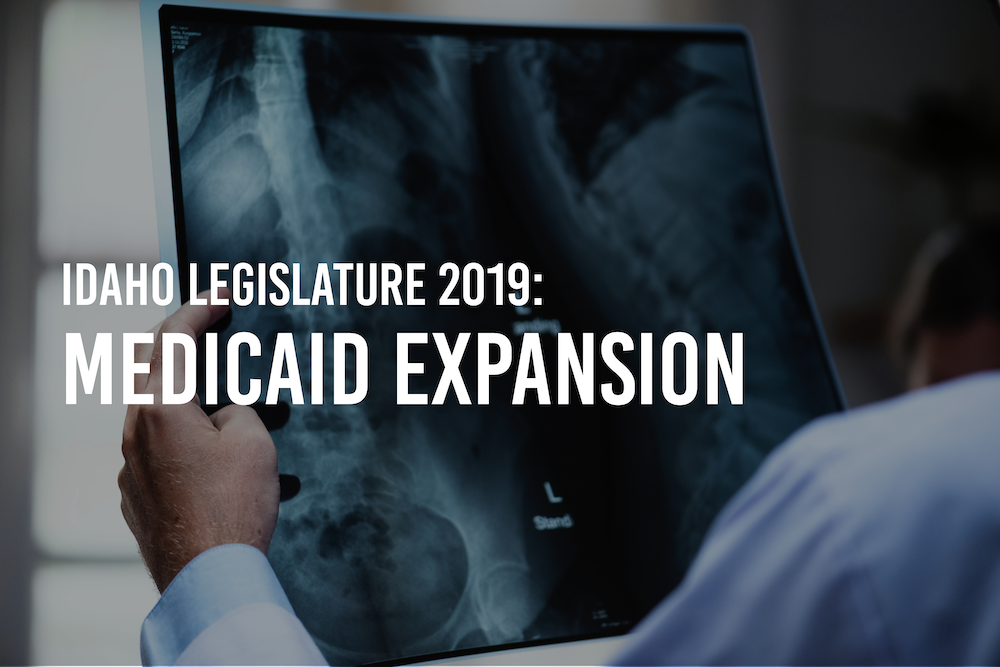 BOISE, Idaho — Just over two weeks into the 2019 Idaho Legislative session, the future of Medicaid is still in the air.

Idahoans voted overwhelmingly in favor of a voter initiative to expand Medicaid in the Gem state during the November General Elections, but immediately following the vote the initiative became the center of a pending court battle.

“The problem with Proposition 2 is that it is so broad that it gives discretion to the Department of Health Welfare,” Bryan Smith told KID NewsRadio during an interview on November 14, 2018. “It does not give standards. It’s not definite. It’s not clear, and so if you have legislation that gives the executive branch unfettered authority, too broad discretion, it’s not guided, it’s not definite, it’s not directed, then it becomes unconstitutional.”

Come January 29, 2019, the Idaho Supreme Court will hear oral arguments for an against the proposition and it’s the pending court date the Lieutenant Governor Janice McGeachin says is keeping many lawmakers quiet on the matter in the legislature.

“I think that some of my friends in the legislature [are] kind of waiting to see what happens there,” Lt. Governor Janice McGeachin told KID NewsRadio. “But, I do think it would be prudent, again, being proactive…having something, you know, at least discussed and some ideas brought forward on how to deal with that regardless of what happens in the Supreme Court.”

“[On Tuesday, January 22,] the committee voted, as the governor requested, to shift money from one place to another to make this happen,” Senator Mark Nye told KID NewsRadio. “It’s got to go through the voting process, but on the committee side this is going to happen with no new money, no new tax, just sort of moving the deck chairs, as they say. So, I’m pretty optimistic.”

Lawmakers are also spending plenty of time thinking about how to best implement the measure and create backup plans in the event funding changes. Currently, the federal government has agreed to fund 90 percent of the Medicaid spending, leaving Idaho a little less than 10 percent of the bill. But, Senator Pro Tempore Brent Hill (R-Rexburg) said should that ever change, the state needs to be prepared.

“The real danger comes with what if the federal government doesn’t keep their word on this,” Senator Pro Tempore Brent Hill told KID NewsRadio. “What if they drop that 90 percent match to 80 percent, or 70 percent like most of our other Medicaid is? All of a sudden, now we are in real trouble and I think we need to plan for that now…Do we terminate the whole thing? Do we cut certain programs? We need to address those things now before they happen.”

Sen. Hill said the legislature must face plenty of decisions when it comes to best implementing the initiative, including what kind of changes in the federal government’s end of the deal would cause the state to have to stop the programs because of a lack of funding.

“If it drops one percent is everything gone, or do we look at if it changes a small bit are there programs within Medicaid we can cut and still keep it in place,” Sen. Hill said. “Those are just policy decisions we’re going to have to make.”

The volatility of the federal government’s funding remains in the hands of Congress, Sen. Hill said. While it’s unlikely the Congress would change how much the government funds, there’s always a possibility.

“This Medicaid expansion is set at 90 percent and needs to stay there,” Sen. Hill said. “It would take an act of Congress to change it, but Congress sometimes does act.”

Senator Mark Nye said he’s feeling positive about the direction the initiative is going and the ability both Republicans and Democrats have to work together on getting Medicaid expansion implemented.

“We’re working together, we’re working today, we’re getting her done,” Sen. Nye said. “It will take a little while on the Medicaid expansion, but it’s looking very favorable.”

Listen to the full interviews with Lt. Gov. McGeachin, Senator Brent Hill and Senator Mark Nye at the link below:

BOISE, Idaho — Lawmakers and top state officials are well into the first few weeks of the 2019 legislative session. Listen to each of their interview