IDAHO FALLS, Idaho — The Idaho Falls Zoo is gearing up to open for their 2018 season on Saturday, April 7.

Among the highlights zoo visitors can expect to see this year include the growing lion cubs, a new baby gibbon monkey and new living quarters for Justice, the zoo’s on-site Great Pyrenees.

“You’ll want to see Sahra and her big brother Sid,” Sunny Katseanes, Education Curator of the Idaho Falls Zoo, told KID Newsradio. “Many [people] followed Sid last year on Saturdays with Sid, where we were hand raising him and we were telling [the public] each week about him. Well, he’s got a new little sister and if she isn’t cute. She is absolutely adorable. Her and Sid are hanging out with mom Shannon and occasionally dad Sterling in the primate exhibit daily, hopefully between 10 a.m. and 4 p.m.” 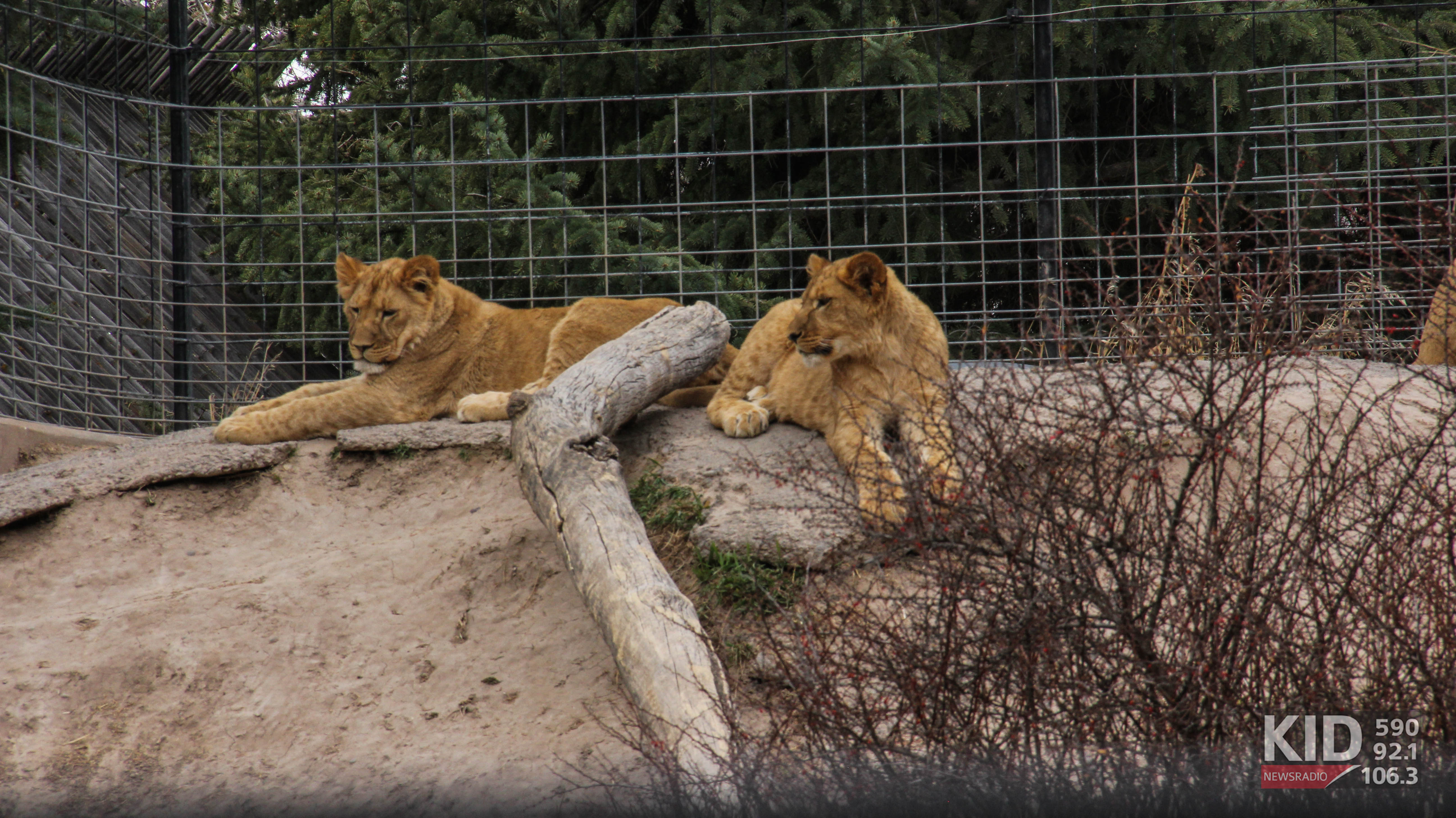 Sid isn’t the only animal visitors may remember from the 2017 season. During an unprecedented baby boom, the lion exhibit welcomed two lion cubs after another lion birth the year before. Now lion cubs Hondo,  Ilanga and Kamaria are in their pre-teen and teen phases.

“They are so much fun to watch playing and jumping and carrying on in their exhibit and making mom uber tired,” Katseanes said.

Katseanes says visitors will also get to see a new public gathering place for Justice, the Great Pyranees. After the Idaho Falls Zoo recruited Justice to help raise Hondo as a cub, Katseanes says she’s become a vital part of the Idaho Falls Zoo family and her new dog house will allow her to have one central place to interact with the public when she’s not wandering the zoo with staff.

“It won’t totally be done by the time that we open because the weather hasn’t really cooperated to allow us to paint and to lay sod quite yet,” Katseanes said. “But, it is going to be a really fun area for Justice and the area where the public will get to see her the most and see what a cool dog Justice is, when you come and visit the zoo.”

Looking ahead, Katseanes says the zoo is expecting a bit of a lull in baby animals after last year’s baby boom, but visitors should still come see the baby animals from 2017 grow and develop.

“We’re going to have a little bit of a baby lull this year,” Katseanes said. “You’re still going to see some of those babies. You’ll get to see, of course, last year’s babies and how big they got. You’ll want to stop by the Australia exhibit and see the little baby Joeys poking their heads out of the pouch, but because we’ve got so many babies, it going to take a while for those babies to grow up and mom and dad to be ready to have more babies.”

The Idaho Falls Zoo will open for the 2018 season on Saturday, April 7.

Less than a day away from the Idaho Falls LDS Temple Youth Cultural Celebration, Neal Larson gets a behind the scenes view at one of the final rehearsals. Listen to an exclusive interview with KID […]

Idaho Falls School District 91 is holding the Hot Jobs Student Career Fair from 5:30 pm to 8 pm Wednesday, Jan. 18, at Compass Academy. This is part of the district’s ongoing efforts to inspire […]

Male arrested on warrant, battery on an officer, and providing false info

IDAHO FALLS – At approximately 10:10pm last night a Bonneville County Sheriff’s Office Deputy made a traffic stop on Vassar Way in Idaho Falls on a vehicle with a wanted subject inside.  When the Deputy […]