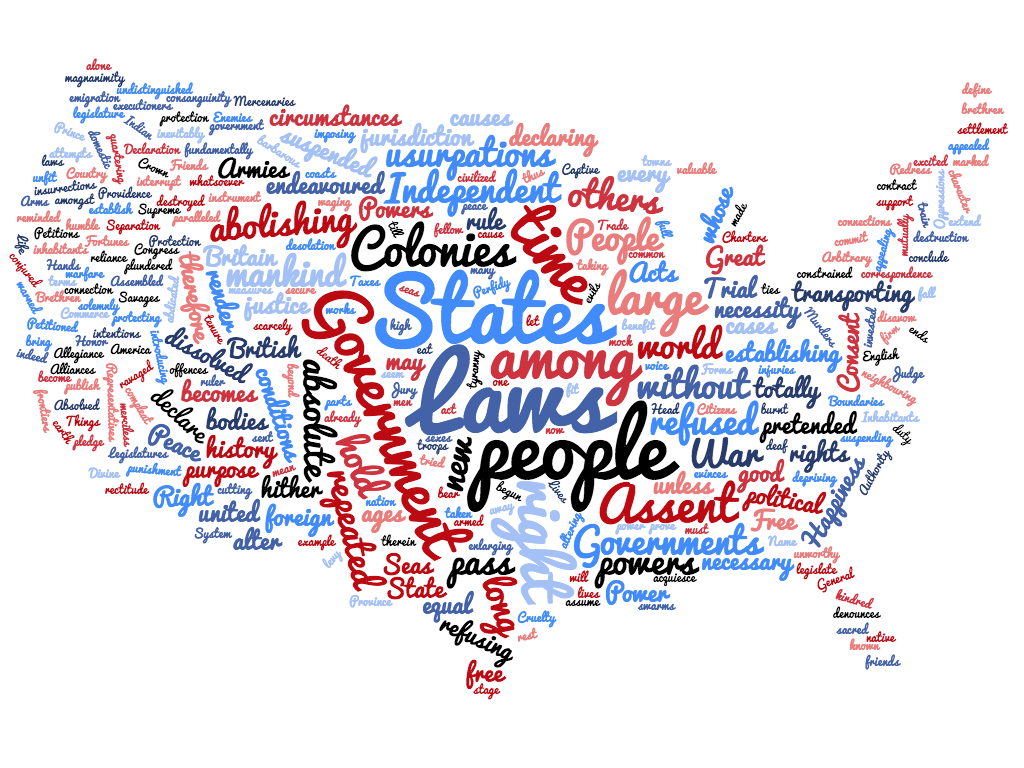 The Declaration of Independence was approved officially on July 2, but was not publicly released until July 4.

“I am well aware of the Toil and Blood and Treasure, that it will cost Us to maintain this Declaration, and support and defend these States,” John Adams wrote to Abigail Adams on July 3, 1776. “Yet through all the Gloom I can see the Rays of ravishing Light and Glory. I can see that the End is more than worth all the Means. And that Posterity will tryumph in that Days Transaction, even altho We should rue it, which I trust in God We shall not.”

Thomas Jefferson later wrote in 1825, the purpose of the Declaration of Independence, “not to find out new principles, or new arguments, never before thought of, not merely to say things which had never been said before; but to place before mankind the common sense of the subject, in terms so plain and firm as to command their assent, and to justify ourselves in the independent stand we are compelled to take.”

The Revolutionary War followed and lasted eight years before America gained it’s independence. John Adams remarked the holiday would be celebrated by “succeeding generations,” and would be commemorated by “pomp and parade…shews, games, sports, guns, bells bonfire and illuminations,” from end to end of the continent.

July 4, 2017 marks 241 years since the public release of the Declaration of Independence.

BOISE, Idaho (AP) — Former Idaho Govs. Phil Batt and Cecil Andrus have filed a notice of their intent to sue the federal government over proposed shipments of spent commercial nuclear fuel rods to Idaho. The former governors sent the […]

IDAHO FALLS, Idaho — Law enforcement agencies across the nation are mobilizing for their latest safety campaign emphasizing sober driving this Independence Day. “Basically law enforcement is looking for people that are impaired and removing […]