It’s a device that’s popping up in classrooms, workplaces and stores across the nation.

“I know they’re kind of the big wave right now and everybody’s wanting them,” Jamie Toop, Business Manager and High School Registrar at Taylor’s Crossing Public Charter School said. “I don’t know how many kids in each class have them.”

It’s called a fidget spinner, currently advertised as a way to help those with ADHD, anxiety or other mental health issues, to focus, relax or just fidget.

“I am always flipping my pen or pencil around or flipping my ring around my fingers,” Ryan Hudson said on Facebook. “I got a spinner thing because of it. I like it a lot.” 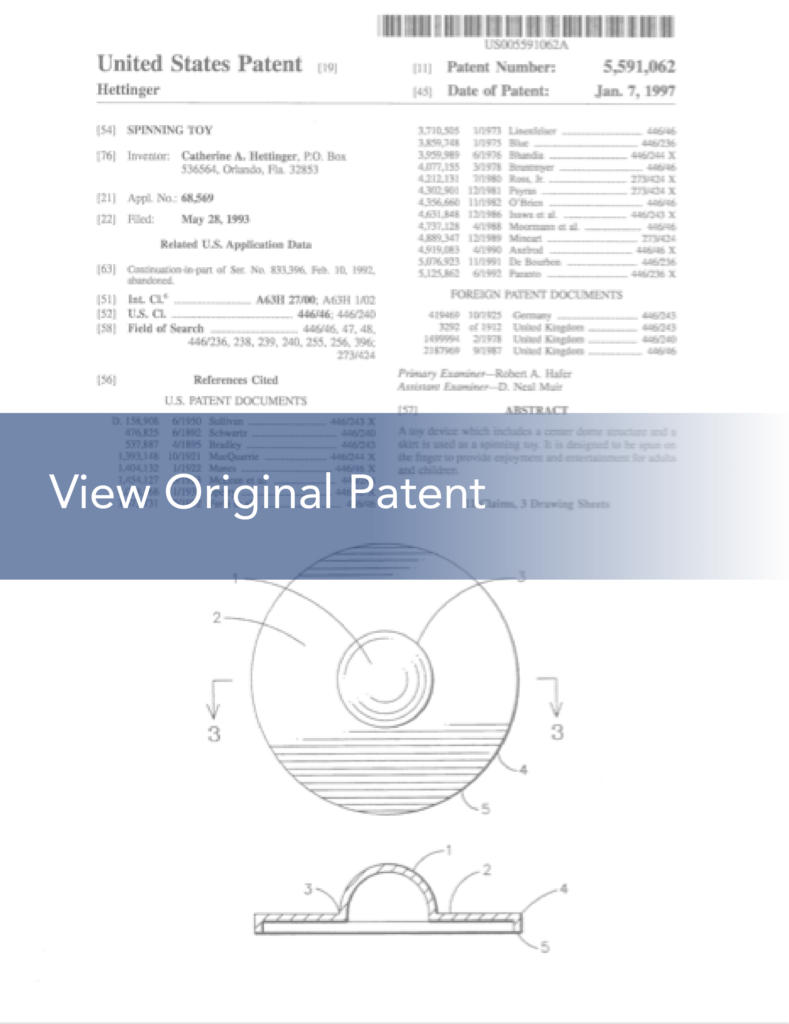 Catherine Hettinger originally created the concept for the fidget spinner after a visit to Israel, according to Time.

The original patent (United States Patent 5, 591, 062) describes the toy as a solution for, “when [people] are caught in traffic or would like something to do with their hands.” Hettinger even said in the patent, the spinner could help people quit smoking.

But, after the patent expired early 2017, according to Time, releasing the design and ability to sell the product to anybody who wants to make and distribute the toy.

Fourth grade teacher, Jana Porter, has used the trend as an opportunity for teaching the difference between a learning tool and an entertaining toy.

“Fidget tools are awesome,” Porter said. “I have a basket in my classroom of them that students are welcome to use. The rule is if you play with it instead of using it correctly, it becomes a toy and goes back in the basket.”

Fidget spinners aren’t all fun and games though. For teachers, the toy runs the risk of becoming more of a hindrance than a help. Some school districts even have policies against fidget spinners.

For local southeast Idaho school, Taylor’s Crossing Public Charter School, the decision is strictly up to the teachers.

“One of our big things is anything, hair color, you know, clothing, anything like that, that is a distraction, is removed,” Toop said.

Hudson also acknowledges the toy may not be so relaxing or calming for others.

“I will say, these are probably way distracting for other people though,” Hudson said. “I do not really use it in classes or anything, but when I’m thinking, it is great.

Google Trends showed a steady increase in online searches for “fidget spinner,” over the past 3o days with South Dakota, West Virginia and Wyoming among the highest searching states. Idaho ranked 16th on Google Trend’s list.

Neal Larson and Julie Mason interview JessiKa Jenson, a Rigby-native who just qualified for the 2018 Winter Olympics in South Korea. They talk about what it takes to prepare for the worldwide event and how […]

Voters to decide fate of D91 bond proposal on Aug. 28

Obama’s non-response to radical Islamic terror. Neal and Cala discuss breaking news story about an active shooter that turned out to be nothing. Should government get out of education completely? One caller says yes. http://www.richbroadcasting.com/kidpodcast/NLS/NLSPodcast06302016.mp3