IDAHO FALLS, ID – KID Newsradio is hosting an event to address the challenge of disrupting human sex trafficking in east Idaho on Wednesday, March 14 at the Hillcrest Performing Arts Center. 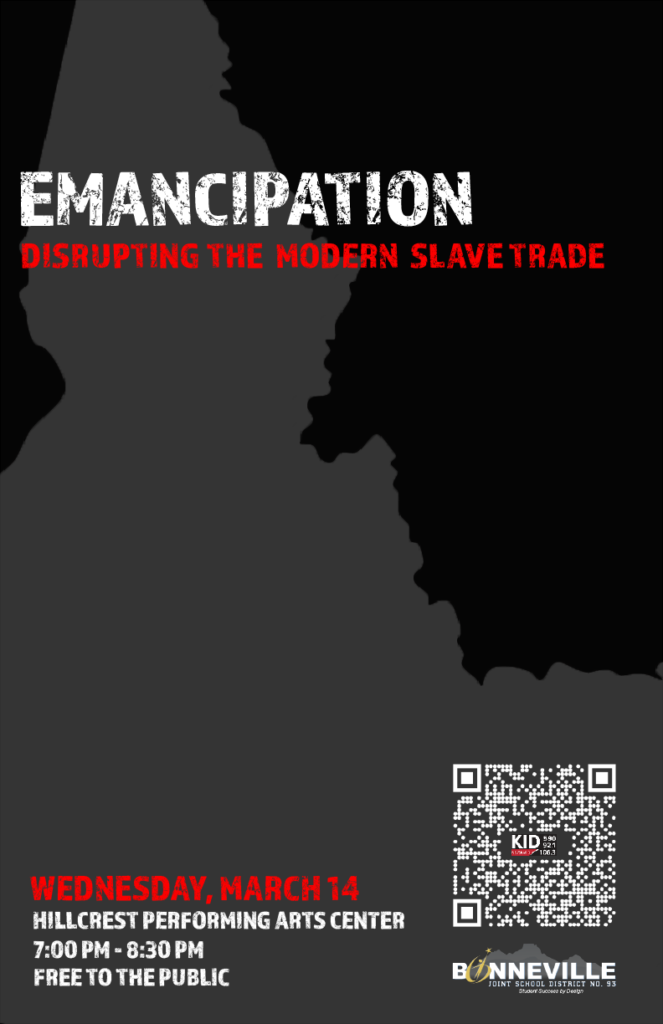 The panel will answer audience questions about the reality of the human sex trafficking industry in east Idaho and how they can protect families and communities. Tim Ballard, Founder/CEO Operation Underground Railroad, former CIA agent, will also be appearing via Skype.

According to Operation Underground Railroad, approximately 30 million individuals around the world are being trafficked in sex slavery and forced labor. Approximately two million of those are child sex slaves.

While sex trafficking in places like Haiti and the Dominican Republic capture much of the attention, it happens in the United States and in east Idaho as well. This event aims to educate the public about how the problem is manifested locally and what efforts can be taken to disrupt human sex trafficking in our communities.

KID Newsradio will also host a special discount-ticket screening of The Abolitionists Movie – A Mission to End Child Trafficking, on Monday, March 12th, at 7pm at the Paramount Theater (2085 Niagara St., Idaho Falls).

The event is free and open to the public. Doors open at 6:30 p.m. and guests can interact with different local organizations dedicated to combating this industry, in the lobby of the auditorium. The event will begin at 7:00 p.m. and will conclude at 8:30 p.m.

IDAHO (KIFI/KIDK) – The U.S. Constitution could be re-evaluated if a balanced budget initiative being considered by the Idaho Senate Affairs Committee is passed. Political experts say there are several pros and cons to doing […]

BOISE, Idaho (AP) — Idaho is reconsidering its land lease policies after years of denying requests from groups looking to set up publicly inaccessible hunting operations. The Spokesman-Review reports the Idaho Department of Lands has […]