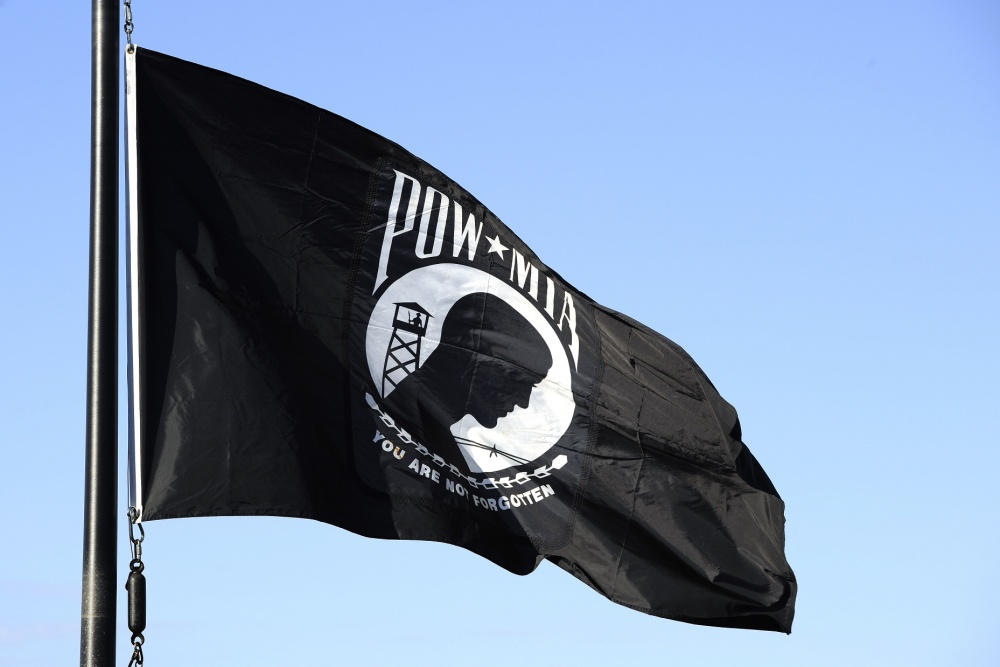 IDAHO FALLS, Idaho — The College of Eastern Idaho says they will continue to fly the POW*MIA flag, after concerns about the flag’s sudden disappearance.

A KID NewsRadio listener reached out with concerns about the flag’s disappearance following a controversy with the City of Idaho Falls about the flag, and the city’s flag policy. Todd Wightman, Communciations and Marketing Director for the College of Eastern Idaho, told KID NewsRadio the flag came down only because it needed to be replaced.

“[College of Eastern Idaho] will continue to fly the POW*MIA flag,” Todd Wightman told KID NewsRadio. “The flag became tattered and worn and the college has ordered replacements.”

Wightman said the flag’s presence has been a long-standing tradition after John E. Christofferson, former president of Eastern Idaho Technical College, had the then EITC begin flying the flag.

“John was a war veteran and cared deeply about the military men and women who served our country,” Wightman said. “Sometime during John E. Christofferson’s tenure as the director of EITC (1974-90), the college began flying this flag.”

IDAHO FALLS — More Sears and Kmart store closures are scheduled in the next few months. A recent press release by the parent company Sears Holdings named 64 Kmart stores and 39 Sears stores on […]

INTERVIEW: Father of missing Idaho teenager says son “is still out there”