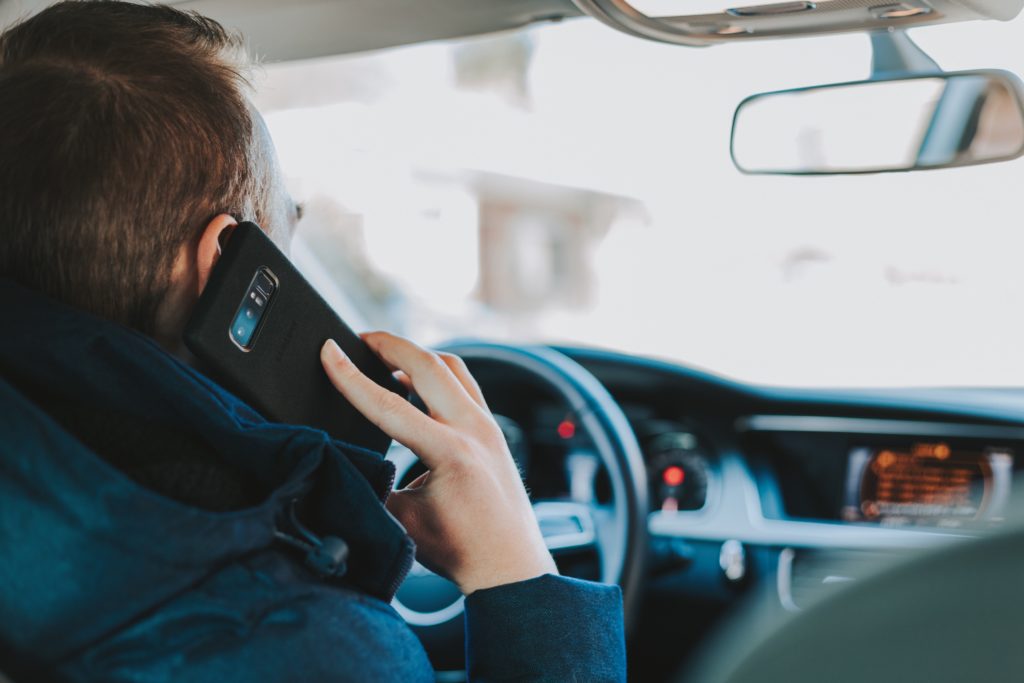 BOISE, Idaho ー Distracted driving is back in the state spotlight thanks to two proposed bills.

Both bills come as the nation, state and even communities wrestle with tech behind the wheel.

In Idaho, that conversation started in 2012 when the state implemented a law banning texting while driving. Since 2012, according to the Idaho Transportation Department, distracted driving crashes have consistently fluctuated between 4,700 and 5,400 incidents annually and ITD says distracted driving remains at the same rate it was in 2012.

Recently, ITD has tried to shrink these numbers with an educational campaign called Shift to encourage engaged driving. The campaign invites motorists to shift their thinking, shift their behavior and shift their focus away from distractions and onto the road.

“We want to kind of shift the conversations from distractions to how can we be engaged,” Vincent Trimboli, Communications Manager for ITD, told KID NewsRadio. “How can we drive in the moment? How can we shift our behavior, our thinking and our focus every time we get behind the wheel?”

Check out the official Shift website in the link below:

By submitting this form, you are granting: Idaho Transportation Department permission to email you. You may unsubscribe via the link found at the bottom of every email. (See our Email Privacy Policy for details.) Emails are serviced by Constant Contact.

Trimboli said Idaho’s younger population has really embraced the Shift program and its positive, empowering message of engaged driving. Cities and counties have joined the distracted driving conversation too and some have implemented ordinances to crack down on inattentive driving.

In June 2018, Blaine County became the first county in Idaho to implement a hands free law, according to the Magic Valley Times News. By the end of 2018, Idaho Falls and Pocatello had also added ordinances banning phones behind the wheel.

“Being focused on the road is the best way to prevent a crash,” Mayor Brian Blad said, according to Local News 8. “We all too often hear about crashes where someone was distracted by their phone and this ordinance firmly says that the City of Pocatello takes the issue of distracted driving very seriously.”

Now, lawmakers are wading in and not everybody agrees on the best approach to reduce distracted driving.

Senator Jim Rice, sponsor of HB77 told fellow lawmakers he felt a statewide hands free law would protect Idahoan’s right to travel and do so safely.

“We’re in an era of smartphones and devices that are designed to be able to be used with voice activation,” Senator Jim Rice said. “It’s easy to use them appropriately.”

“This bill makes us safer,” Senator Grant Burgoyne, who voted for the bill, told fellow lawmakers. “It takes on, what I see as the most prevalent form of distracted driving…and who knows? It might save my life, it might save yours, it might save the life of someone we love. I think undoubtably it will.”

Some senators expressed concern with the narrow focus of the bill. Electronic devices aren’t the only culprit in distracted driving crashes, they contended.

Senator Mark Harris, who voted against the SB1064, said he’d observed the variety of distracted drivers during a simple walk to the store.

“I paid attention as I walked, I watched people as they drove by,” Sen. Harris said. “I saw a couple of guys talking to each other…and they were looking at each other, neither one of them was looking at the road. There were several that were messing with their radio…and there were several carrying a coffee cup; and I saw one with a phone. She had it out in front of her…I don’t know if she had it on speaker or if she was listening to her GPS, I don’t know what she was doing, but this bill would punish her and only her out of that handful of distracted drivers.”

Senator Jim Patrick, who also voted against the bill, said he thought the bill was almost redundant since Idaho already has a law on the books for  getting distracted behind the wheel.

“It’s already against the law for inattentive driving,” Senator Jim Patrick said during Senate debate over S1064. “We should enforce the law we have. Inattentive driving can include a whole lot of things, not just one item.”

It’s true, phones aren’t the only culprit in distracted driving crashes. According to ITD other distractions, including other passengers, applying makeup, eating, children and distractions outside the vehicle accounted for 65 percent of distracted accidents in 2016.

“Anything you do like eating, putting on makeup, fixing your hair while you’re driving, it’s taking your eyes away from that road and it’s putting them on something else.”

A narrow vote of 15-18 on Tuesday, February 19 means the end of S1064. But, lawmakers aren’t done discussing distracted driving this legislative session. Representative Chad Christensen is sponsoring a House Bill 77. The proposal would ban cities from creating hands free ordinances in their jurisdictions. If passed, the bill would invalidate the laws recently implemented in Idaho Falls and Pocatello.

Rep. Christensen’s said he sees how a variety of city ordinances across the state can be confusing for drivers and also said the state’s current laws deal with distracted driving.

“It’s an overreach of government,” Rep. Christensen said. “We all get distracted in our cars sometimes and I think the current laws address that.”

HB77 is still in committee, but with the end of S1064 it may go before lawmakers soon. Regardless of the outcome in this year’s legislature though, Trimboli encouraged Idahoans to shift their conversations from distracted driving to taking about safe, engaged driving behaviors.

“Keep your eyes on the road,” Trimboli said. “We really want people, before they get into the car to be prepared to engage in the act of driving.”

SALMON, Idaho (KIFI/KIDK) – The landmark Stoddard Pack suspension bridge on the Salmon-Challis National Forest has collapsed. Forest Engineering and Safety personnel are assessing the site, but say the bridge is no longer serviceable to […]

BOISE, Idaho (AP) — Idaho’s health insurance exchange ranks fourth in the country for the number of people enrolled per capita. More than 85,000 Idahoans signed up for health insurance plans through the state’s health […]

LARSON: Teach your children the courage of political heresy

It was an otherwise mundane car trip across town, two children riding along. I’m not typically THAT parent. We don’t homeschool. We didn’t vote for Ron Paul. Sometimes I even forget to put our flag […]